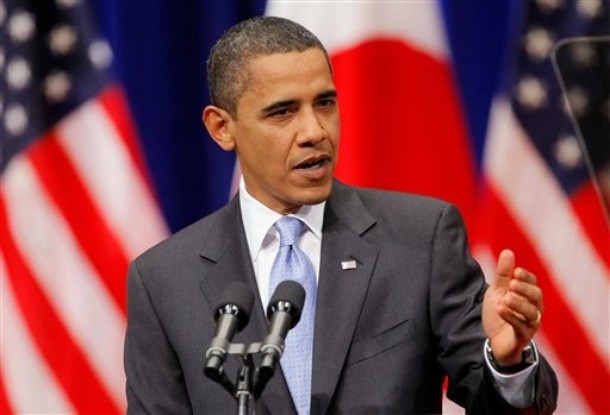 Though the central purpose of U.S. President Barack Obama’s upcoming trip in November to Beijing will be to improve ties and foster a closer relationship with China, on November 14, in the midst of his current visit to Japan, he announced from Tokyo that he will not ignore the issues of human rights and freedom of speech when meeting with Chinese leadership.

Looking forward to his visit, he discussed how the U.S. does not want to impose its will upon China, but also declared that he would not ignore America's "fundamental values...for human rights and human dignity." He cautioned that all nations must respect human rights, which include religious freedoms.

"I intend to make clear that the United States is a Pacific nation, and we will be deepening our engagement in this part of the world," the President said, seemingly addressing China and Japan. "We have to understand that the future of the United States and Asia is inextricably linked."

Hoping to balance the need to stress values such as human rights with concerns about offending China, the President’s Foreign Policy Advisor Ben Rhodes said that Obama plans to mention the United States’ "commitment to the rights and freedoms that we believe all people should have," though he will not be addressing the Tibet issue.  The President has been criticized in some circles for not standing up more firmly to the Chinese government on human rights, particularly concerning Tibet.

Tibetans have been petitioning the Chinese Communist Party (CCP) for the right to freely maintain their culture, which includes practicing Buddhism, since occupation began in 1950.  Though the Chinese Constitution guarantees Tibetans the same rights and privileges it affords all of its citizens, many Tibetans feel they are being wrongfully denied these basic human rights and freedoms.

"The United States does not seek to contain China, nor does a deeper relationship with China mean a weakening of our bilateral alliances," the President said, adding that "the rise of a strong, prosperous China can be a source of strength for the community of nations."  He did, however offer an implicit rebuke to China's censorship of the Internet, preference for one-party rule, and widely-criticized religious intolerance. A universal human desire, he said, is "the freedom to speak your mind and choose your leaders; the ability to access information and worship how you please."