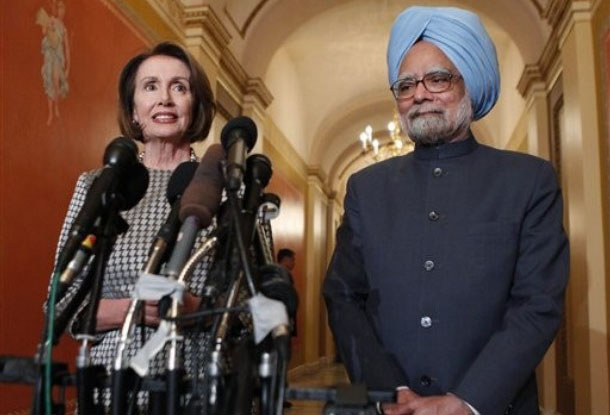 The United States House of Representatives Speaker, Nancy Pelosi, yesterday thanked India for extending hospitality to His Holiness the Dalai Lama, the spiritual and political leader of Tibe.

At a press conference to welcome Indian Prime Minister Manmohan Singh to the US Congress, Ms Pelosi said, "India is recognized as a country that is values based" - a comment that is likely to rile China, which views His Holiness as a renegade and a ‘splittist'.

Ms Pelosi also said that American civil rights activist Martin Luther King had received inspiration from Mahatma Gandhi, and that the present generation of Americans continue to learn about how non-violence can produce effective results.

Last Saturday in the Indian capital, New Delhi, His Holiness expressed hopes that Mr Singh would raise the Tibet issue with President Obama on his Washington visit, saying, "India and Tibet have a very close spiritual relation. I am sure that whatever the Prime Minister can appeal to Obama, he will do."

Speaking to the US Council on Foreign Relations yesterday, Mr Singh said, "India does not want to adopt the Chinese model. We have our own model where human rights, religious freedom, democracy and multiculturalism are appreciated."