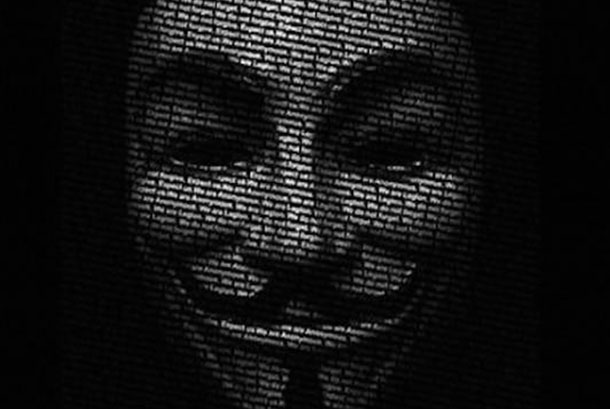 Dharamshala — As protests against the mining of the Holy Gong-ngon Lari Mountain enter their third week an activist hacking group has joined the fight by targeting the servers of a mining corporation they claim is responsible.

The group took control of the servers after declaring their intentions on social media. Shortly after, they had defaced the company's website with it now displaying images of the Anonymous hacking group's iconic Guy Fawkes mask along with text which includes the message 'We do not forgive, we do not forget'.

There is currently no official confirmation that the Chinese company is the one responsible for the mining. The attack on the company appears to be in retaliation for the brutal response from security forces that reportedly left some of the protestors beaten and severely injured and protest leaders hospitalised.

Online activist group TibetTruth praised the Anonymous team on social media saying that while their work poses a great deal of danger, they continue to show a commitment to standing up against injustice and the defence of human rights. They went on to say they applaud Anonymous for its solidarity with the Tibetan struggle.

The activists have been conducting a long-running campaign against Chinese companies and government websites under the names #Op_Tibet and #BlackHatOp. They previously claimed responsibility for taking down a number of government sites during the March anniversary of the Tibetan uprising.

Last week Chinese authorities accused the Central Tibetan Administration of being involved in the protests and said they have, "colluded with foreign anti-China forces, distorted the reality, and recklessly publicised the misrepresentations". They added that the actions of the protestors is against the law and people should distinguish right from wrong, "or else all the consequences are on your own."

Sikyong Dr Lobsang Sangay denied any involvement in the protests saying: "The baseless accusation made by the local Chinese authorities about Central Tibetan Administration' involvement in the anti-mining protests in Tibet is simply unacceptable. These protests are result of the occupation of Tibet, repression of the Tibetan people and environmental destruction."

Sangay added: "Our environment policy is simple that any project related to environment has to be environmentally sustainable, culturally sensitive in the context of Tibetan people's religious and cultural sentiment and economically beneficial to the local Tibetans."

The anti-mining protests are in opposition to a large-scale gold mining operation that has been taking place around the site of Gong-Ngon La Ri, a mountain that is sacred to the local community.