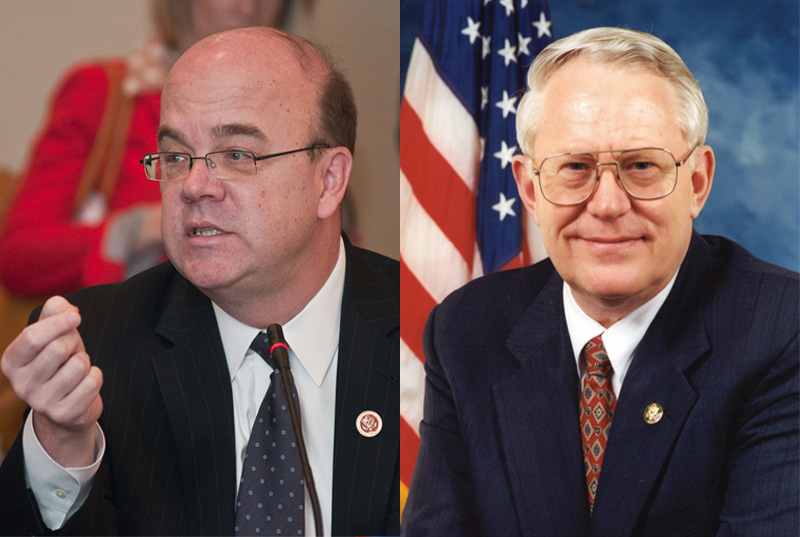 The United State Congress' Tom Lantos Human Rights Commission has, on Wednesday, written to the Chinese Ambassador to the United States, expressing their deep concern over the demolition of buildings belonging to the Tibetan Buddhist Institute at Larung Gar, and troubling reports of the forced eviction of religious adherents there and at Yachen Gar.

The letter, dated and released Oct. 19, was signed by the Co-Chairs of the United State Congress' Tom Lantos Human Rights Commission, James P McGovern and Joseph R Pitts. It said, "As Co-Chairs of the Tom Lantos Human Rights Commission, we write to express our deep concern over the demolition of buildings belonging to the Tibetan Buddhist Institute at Larung Gar, and very troubling reports of the forced eviction of at least a thousand religious adherents there and at Yachen Gar."

"We believe these actions by Chinese authorities clearly violate the religious freedom of the persons affected and the Tibetan community at large. We strongly urge your government to reverse course, stop the demolitions and evictions, rebuild and restore the affected infrastructure, and permit all those people under Chinese jurisdiction who wish to pursue their Buddhist faith to do so without government interference or "guidance," it said.

"Earlier this year, in Serta county of Sichuan province, a local government directive was issued ordering a drastic reduction – from at least 10,000 people to no more than 5,000 — of the population of the historic Tibetan Buddhist Institute of Larung Gar, one of the world's largest and most prominent monastic institutions," the letter said.

"Beginning in July, government workers began demolishing buildings; as of September, an estimated 2,000 dwellings had been removed. Demolitions are expected to continue next year. Those who inhabited the destroyed residences now face eviction from the community. According to one report, 2,000 nuns have already been required to leave Larung Gar and return to their hometowns in other provinces."

The letter says "Some reports have suggested that the local government directive was prompted by concerns with overcrowding and fire risks. But if such concerns exist, they do not justify a drastic strategy of demolition and expulsion. Instead, authorities should negotiate any needed structural or other improvements with Larung Gar leaders, or allow the building of more monasteries."

"At Yachen Gar, another major monastic community in Pelyul county in Sichuan, since last April as many as 1,000 nuns have been compelled to leave the institution and return to their homes in the Tibetan Autonomous Region (TAR). These evictions were not carried out by local authorities, but by officials of the TAR, who reportedly pressured the families of the nuns with severe punishments. According to an informed source, the nuns who returned to their family homes in the TAR have been told that they may not join any monastery or nunnery there, or carry out public religious rituals or practices.

Mr Ambassador, the right to freedom of religious belief in recognized in the Universal Declaration of Human Rights and under article 36 of the Chinese constitution. In keeping with these provisions, we strongly urge the central government to investigate the actions of the authorities who have demolished religious buildings, expelled practitioners, and imposed restrictions on religious belief and practice; order the reversal of these misguided policies; provide reparations for the damage caused to date; and simply allow people to practice their faith in peace."

The letter concluded, "As Co-Chairs of the Tom Lantos Human Rights Commission we will continue to closely monitor both the situation at these monasteries and the respect of religious freedom for the Tibetan and Chinese peoples, as this is a value deeply cherished by US citizens and institutions."

Established in 2008, with the unanimous consent of the United States House of Representatives, the Commission is charged with promoting, defending and advocating for international human rights as enshrined in the Universal Declaration of Human Rights and other relevant human rights instruments. The Commission also undertakes public education activities, provides expert human rights advice and encourages members of Congress to actively engage in human rights matters.

Larung Gar is one of the largest centers of Tibetan Buddhist learning in Tibet. The academy and monastery, founded in 1980, sprawls over a mountainside in Serthar county, Kardze Tibetan Autonomous Region (incorporated into China's Sichuan Province) in eastern Tibet, and attracts thousands of Buddhist monks and nuns who wish to study there. However, it has been facing a demolition drive from the Chinese government following an order in July this year to cut the number of Larung Gar residents by half to 5,000.