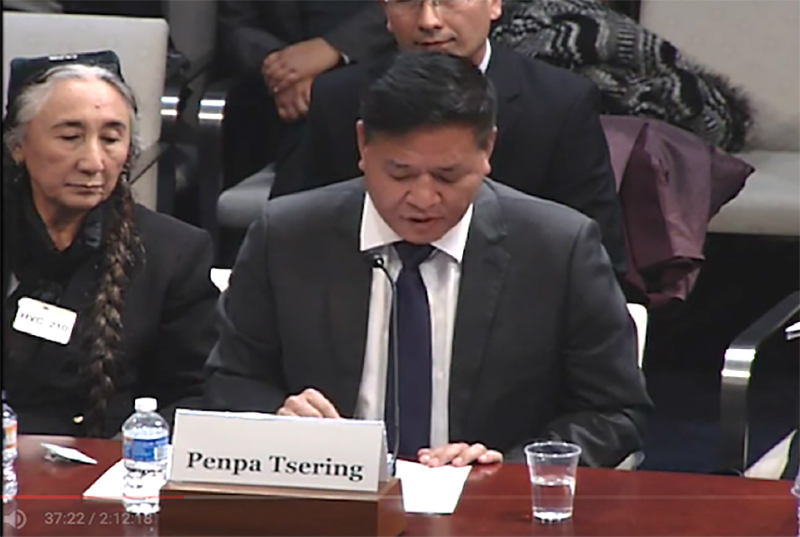 Washington D.C. — The representative of His Holiness the Dalai Lama at the Washington based Office of Tibet, Penpa Tsering highlighted the grim and deteriorating human rights situation inside Tibet during the Congressional Executive Commission’s hearing at the Capitol Hill on December 7, 2016.

In his 6-minute testimony during the hearing, titled, "Dissidents Who Have Suffered for Human Rights in China: A Look Back and A Look Forward," organized by the Congressional Executive Commission on China (CECC), Rep. Penpa Tsering informed the members of the Congress, CECC, and other staff members about China’s continued demolition of the largest Tibetan Buddhist learning center at Larung Gar in Serta county, China’s recent restriction on Tibetans wanting to attend the Dalai Lama's Kalachakra religious gathering in India, while demanding the release of all the political prisoners inside Tibet including Tibet's second highest lama, Panchen Gedun Choekyi Nyima, who was abducted by the authorities at the age of six, making him one of the world's youngest political prisoners.

"The US should play a pivitol role in highlighting the human rights situation in China, Tibet, Ugyurs and Southern Mongolia. Also, the US should advocate for the release of all political prisoners including Panchen Lama."