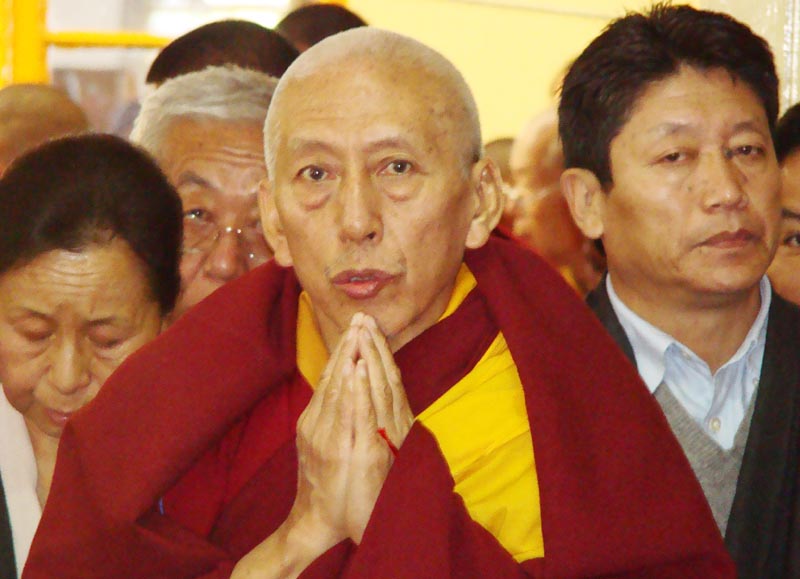 The Prime minister of Tibet's government in exile, Prof. Samdhong Rinpoche, has urged Australia to lobby China on its behalf. Professor Rinpoche says he's managed to restore communication with Chinese authorities. Eight formal dialogue sessions have been held, though they have yet to yield concrete results.

Professor Rinpoche spoke to Radio Australia during a recent visit to Melbourne to attend the Parliament of World Religions. He told the Connect Asia program that he believes the Australian authorities can be a stronger advocate for Tibet with China.

"Since Australia has a good relation with (the People's Republic of China) they can use their good offices for educating and persuading the PRC leadership to consider the Tibet issue more seriously and find some solution," he said.

Professor Rinpoche called previous talks with China "a very sad affair" after they yielded no change in the status or condition of Tibet. He lamented that what he sees as economic interests, have taken precedence over morality and a commitment to human rights.

"In the process of globalization of economy and trade, most of the governments and multinational companies are ready to compromise the human rights issue and the issue of justice. This is a very sad affair," he said.

In March 2008, Tibet was thrown into chaos when demonstrations marking the 49th anniversary of Chinese rule turned violent.The violence lasted several days, and spread to other parts of China with Tibetan populations.

China acknowledged that at least 10 people were killed, but human rights groups say the real toll was probably much higher, after Tibetans and Chinese police clashed on the streets of the regional capital, Lhasa.

Professor Samdhong Rinpoche says, since then, peaceful protests and demonstrations have continued, and the conditions remain tense.

"The PRC leadership is using very brutal and repressive forces, and everywhere the presence of military is overwhelming, and then the sentences - including the death sentences - passed on various people in detention since last year are very drastic," he said.

Regarding discussions with China, Rinpoche said, "The experience of dialogue process was rather frustrating and difficult."However, he says, each session gives the Tibetans a chance to "clarify our position more specifically, and we are also able to understand the mindset of the PRC leadership."