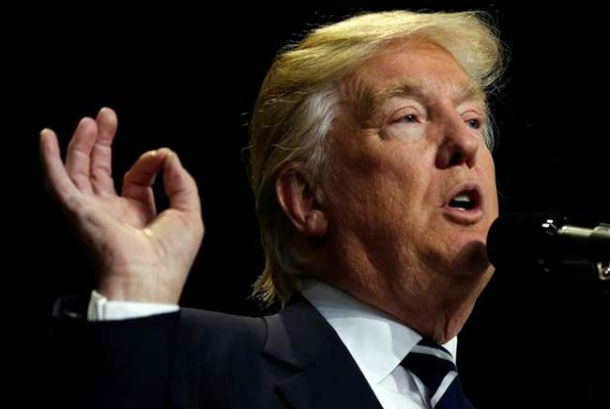 Washington DC — A bipartisan group of lawmakers have urged US President Donald Trump to raise the issue of human rights violations in China in particular those related to Tibet when he meets his Chinese counterpart this week.

On the eve of the first summit between President Donald Trump and Chinese President Xi Jinping, a bipartisan legislation to promote access by Americans to Tibetan areas, which is routinely denied by Chinese authorities, has been introduced by Senator Rubio (R-FL) and Baldwin (D-WI) in the Senate and by Congressmen McGovern (D-MI) and Hultgren (R-WI) in the House of Representatives of the United States Congress on April 4, 2017.

This is the first time that the bill has been introduced simultaneously in both the House and the Senate. A similar bill was introduced in the House during the last Congress.

The Reciprocal Access to Tibet Act was introduced in the Senate by Senator Marco Rubio and Tammy Baldwin, while in the House of Representative it was introduced by Congressmen Jim McGovern and Randy Hultgren.

President Trump will host his Chinese counterpart Xi Jinping at his Mar-a-Lago residence in Florida from April 6 to 7.

"The crackdown on civil society and deterioration of rule of law in China in the past few years appears to signal a systematic effort by Chinese Communist Party leadership to tighten its controls on free expression and undermine the will of its own people," Senator Ben Cardin and Rubio wrote in a joint letter to the Secretary of State Rex Tillerson.

They said the US should not simply stand idly by as these universal rights are abrogated and the Chinese people suffer the consequences. A failure of US leadership on these issues is not a good message for the United States to send to China, its allies in the region, and the world, they said.

"We hope you will urge China to do more to improve the cultural and spiritual plight of Tibetans, not just their economic status...Just like in Tibet, China appears unwilling to comply with its international human rights commitments in Xinjiang, where Uighurs continue to report systemic torture, and restrictions on religious freedom," they said.

In a statement, McGovern said America needs to stand up for human rights at home and abroad.

"If the US is serious about protecting human rights in Tibet, we need to do more than talk the talk - we need to walk the walk. This bill will ensure there are consequences for China's repressive policies," McGovern said.

"The Chinese government's oppression of Tibet includes keeping it off limits to Americans, journalists and others who can shine a bright light on the human rights violations committed daily against the Tibetan people," said Rubio, chair of the Congressional-Executive Commission on China.

"We should not accept a double standard where Chinese officials can freely visit anywhere in the US while they block our diplomats, journalists and Tibetan-Americans from visiting Tibet," he said, adding that the bipartisan bill will hold China accountable for its oppression and make it clear that if Chinese officials want to enjoy the privilege of entering the US, they must allow equal access to Tibet.

The Chinese government's restrictions on foreign access to Tibet are part of their attempt to cover up a policy of oppression, which denies basic human and civil rights to the Tibetan people. They have also imprisoned thousands of Tibetans for speaking their mind, as documented by the Congressional Executive Commission on China and human rights groups.

Welcoming the Congressional legislation, Matteo Mecacci, President of the International Campaign for Tibet, said: "This bill is another example of the consistent support the United States Congress has for Tibet. It conveys a clear message to the Trump Administration regarding the implementation of the principles of "reciprocity" in its relations with China, aimed at promoting more access to Tibet for US citizens, including diplomats, politicians, non-governmental organizations, and journalists."

"For decades, restricted access to Tibet for independent observers, journalists and diplomats and international organizations has shown that the Chinese government has no credibility when it comes to assess the reality situation inside Tibet; why does the Chinese government does not allow visitors to travel freely to Tibet if they do not have anything to hide?" added Mecacci.