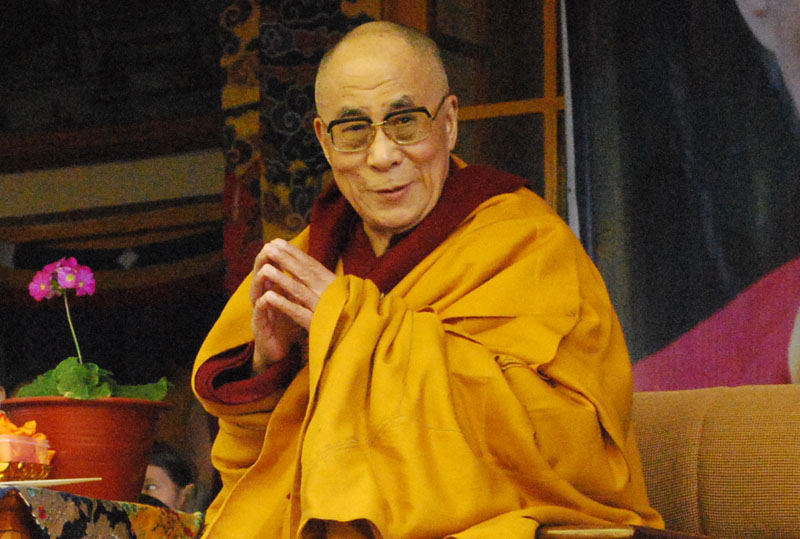 Kachen Lobzang Tseten, Abbot of the Tashi Lhumpo Monastery in Bylakuppe addressed the gathering, speaking at length about the need to hold the memorial ceremony, and describing the 10th Panchen Lama's life and his efforts to promote the welfare of the Tibetan people, their language and culture under the harsh rule of Communist China.

The Tibetan spiritual leader opened three Tibetan books on the 10th Panchen Lama during the ceremony. Mr, Penpa Tsering, Speaker of Tibetan Parliament in exile, and Prime Minister Professor Samdhong Rinpoche were also present at the ceremony, along with other officials, NGO representatives, and almost 4000 Tibetans and foreigners. 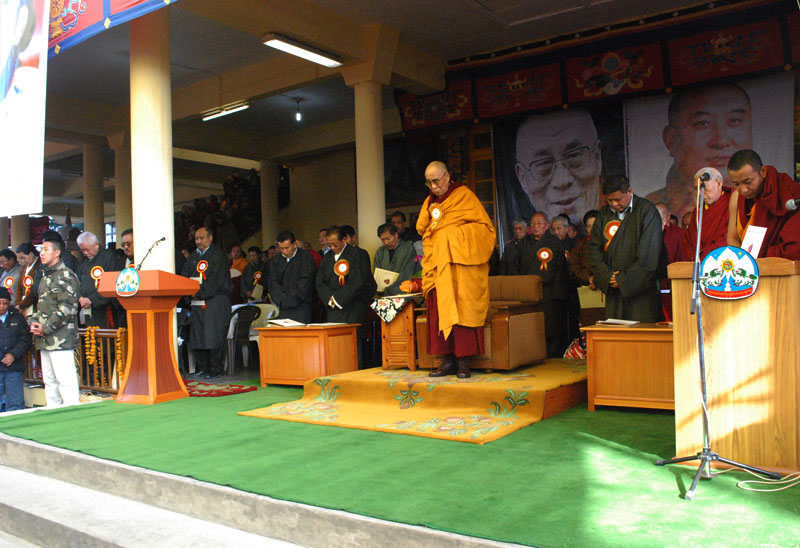 His Holiness addressed the gathering, stating, "Today is the 20th death anniversary of the Tibetan patriot, Panchen Choekyi Gyaltsen, who sought truth for the Tibetan nation. If Panchen Rinpoche was still alive, it is very sure that living inside Tibet, he would have continued his best effort to achieve a good cause (for Tibet). When he passed way, I felt a pang of regret."

His Holiness praised the 10th Panchen Lama's patriotism and encouragement, particularly his meeting with the exile Tibetan delegation. "He really had a great courage for fighting the truthful struggle," the Tibetan leader commended.

His Holiness described his recognition of the 11th Panchen Lama, "When I looked at the pictures of candidates for the former Panchen Lama, I found out that Gedhun Chokyi Nyima is very adorable among them, and later the spiritual lottery test, his ball (written name of candidate inside a small) jumped from the lottery vase".

The 74 year-old Nobel laureate concluded his speech by declaring, "People inside Tibet are living under terror and we are living in a free country, but their courage and patriotism in struggling for the national rights and identity are stronger than us. It is wrong that Tibetans in free land are to be more preoccupied with livelihood rather than concerning more important issues like Tibetan struggle. We all are Tibetan, the people of the Snow Land, so we shouldn't forget the Tibetan situation".

He emphasized the importance of education and knowledge in resolving Tibetan issue, claiming, "The main goal of the work and effort of great Tibetan heroes, like the Panchen Lama, is for a common Tibetan cause, which all Tibetans should care and responsible. When the responsibilities are recognized, knowledge, education and sincerity are the key to fulfill them. Our struggle is a struggle for truth; it should be transparent."

He criticized the hypocrisy of Chinese policy, as Chinese authorities say one thing inside their territory, and something different to the world outside. His Holiness concluded that as the truth is on the Tibetan side, our struggle is should be conducted in the way of truth, transparency and nonviolence. And many people support this struggle, which Tibetans should be proud of. Furthermore, the Sino-Tibetan issue is not a "I win and you lose" type of struggle. Resolving the conflict bears a mutual benefit for both sides, and that is why many Chinese people support us [Tibetans]. Thus, there is no reason to be discouraged.