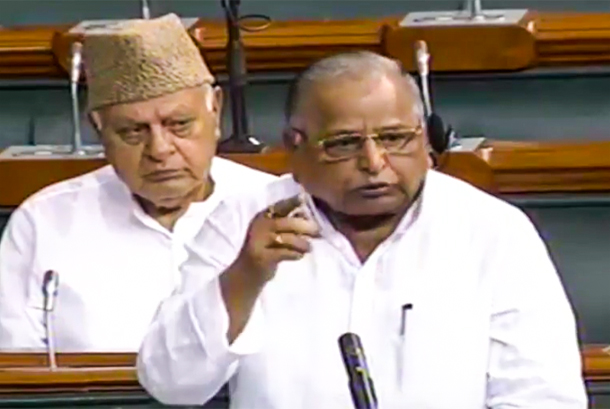 Speaking in the Lok Sabha on Wednesday, July 19, 2017, the India's former Defence Minister said that India's stand on Tibet, a reference to its acceptance that Tibet was part of China, was a "Big Mistake" and added that he had even then spoken against it.

The Indian Parliamentarian said that the time has come to support Tibet's status as an historically independent country as it had been a traditional buffer between the two big nations; India and China.

Without naming anybody, the SP leader said the congress stalwart made a "big mistake" on the issue of Tibet, saying 'Tibet has been a traditional buffer between the two big nations. Tibetan leaders like the Dalai Lama had always supported India and India should give maximum support to His Holiness the Dalai Lama.'

His comment in the Parliament drew attention of many as he is also a former Defense Minister. 'India has a responsibility to protect Bhutan and Tibet,' Yadav also said, the Modi government must change India's position on Tibet.

The Samajwadi Party leader stressed that he has received information that China has buried nuclear weapons in an area inside Pakistan and plans to use these weapons to target India. Indian intelligence agencies "would know better", the SP leader hastened to add.

Yadav's comments came against the backdrop of the ongoing military standoff in Doklam where for nearly a month now, soldiers from the Indian and Chinese armies have been engaged in an eyeball-to-eyeball face off.

Yadav went on to denounce China as India's "biggest opponent" and said that India today is "facing a big danger" from Beijing.

"China is India's biggest opponent. What has the government done? In Kashmir, the Chinese army has allied with the Pakistan army," Yadav said. "I have been cautioning the central government for years. China has joined hands with Pakistan. It has made full preparation to attack India."

In a reference to the Dokalam standoff, Mulayam added that it was India's responsibility to protect Bhutan. China is trying to capture Sikkhim and Bhutan and Beijing's preparation to do that are on in full swing, Yadavn went on to say.

According media reports, the Chinese Army moved tens of thousands of tonnes of military hardware into the remote mountainous Tibet region after the standoff with Indian troops in the Doklam area in the Sikkim sector. It further stated that the vast haul was transported to a region south of the Kunlun Mountains in northern Tibet by the Western Theatre Command - which oversees the restive regions of Xinjiang and Tibet, and handles border issues with India.

Some reports claimed that exercise in the video that has been going around is a routine annual exercise which took place in early June and is nothing unusual. It took place near Lhasa, capital of Tibet, about 700 km from the border.

On June 16, Chinese troops tried to construct a road through the disputed Doka La Plateau which was physically blocked by Indian troops in the area triggering the present standoff. Since then both sides have pitched tents and are sitting facing each other. About Indian 300 soldiers are facing a slightly lesser strength of Chinese troops. They are about 100-150m away from each other.