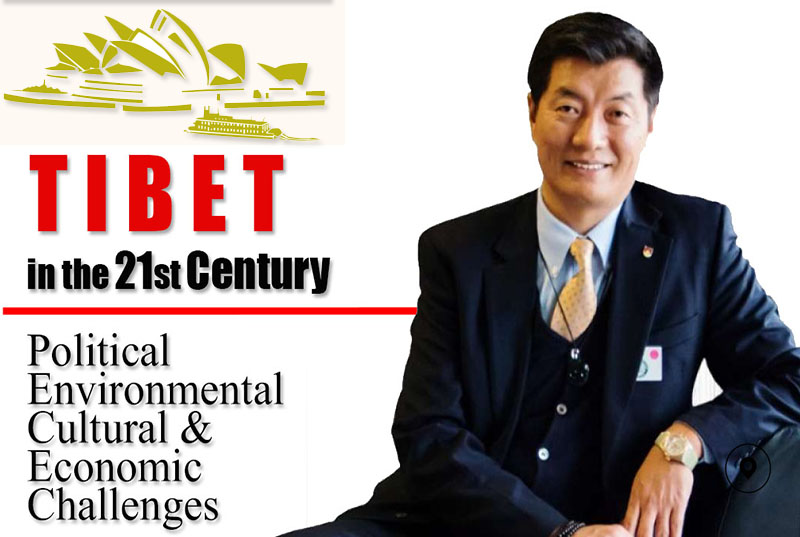 Dharamshala — President Dr Lobsang Sangay, will deliver a talk, "Tibet in the 21st Century" at Sydney Opera House in Australia next month. The public talk will cover topics that include the political, environmental, cultural and economic challenges facing Tibet today.

Organized by the Tibet Information Office, based in Canberra, the public talk will be held at Sydney Opera House, Sydney, New South Wales, Australia, Friday – August 11, 2017. The talk will be followed by Q & A session with the President.

The evening event will be hosted by Mr Lhakpa Tshoko, Representative of His Holiness the Dalai Lama in Australia and supported by Wild Yak Restaurant, Victorian Tibetan Community and Tibetan artists Tenzin Choegyal and Tenzing Yeshe. The event will also include delicious Tibetan food, prepared by Topchen and his family of Wild Yak Restaurant and special performances by a variety of Traditional Tibetan musicians dancers from Tibetan Community in Australia.

"The fate of Tibet's unique national, cultural and religious identity is seriously threatened and manipulated under China's communist regime," says President Dr Sangay, who has been the political leader of the Central Tibetan Administration, since the complete devolution of political authority by His Holiness the Dalai Lama in 2011.

Dr Sangay is an expert on International Human Rights Law, Democratic Constitutionalism, and Conflict Resolution. He has spoken in many seminars around the world. He organized seven major conferences among Chinese, Tibetan, Indian and Western scholars including two unprecedented meetings between His Holiness the Dalai Lama and Chinese scholars at Harvard University.

In 2007, he was selected as one of the twenty-four Young Leaders of Asia by the Asia Society and a delegate to the World Justice Forum in Vienna, Austria, where top legal experts and judges from around the world congregated.

"The International community should stand behind Tibet in its quest for a peaceful solution based on the Middle Way Approach, which states that Tibet will seek genuine autonomy and not independence from China," says Dr Sangay, who is a Harvard Law School graduate.

At the swearing in ceremony of Dr Sangay on August 8, 2011, His Holiness the Dalai Lama has said, "When I was young, an elderly regent handed over political leadership to me, today I am handing over to young Lobsang Sangay ... fulfilling my long-cherished goal."