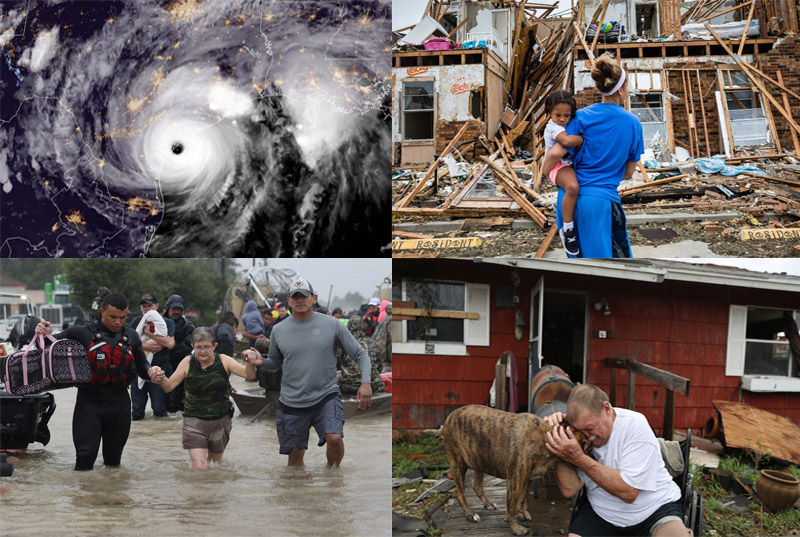 Dharamshala — The spiritual leader of Tibet, His Holiness the Dalai Lama, wrote on Wednesday to Texas Governor Greg Abbot to express sympathy towards the devastation wrought by Hurricane Harvey in Texas, United States.

Record amounts of rain have fallen in Texas since Hurricane Harvey hit on Friday, August 25, 2017. US disaster agency says 50 counties in Texas are affected by the flooding, as weather forecasters predict more rain, displacing a total 30,000 Texans this week.

"I am saddened by reports of the unprecedented storm that has hit southeast Texas, especially the Houston area, causing loss of life and immense damage to property, as well as bringing hardship to thousands of people," His Holiness wrote to Governor Abbot.

"I have fond memories of my several visits to Texas, the most recent being two years ago when I was the guest of my dear friend, President George W. Bush, and it pains me to see the havoc wrought by this extraordinarily massive storm."

His Holiness acknowledged that efforts are being made to provide efficient rescue and relief to those affected by the worst flooding in over a decade. He expressed a wish to convey his deep sympathy and condolences to the bereaved and those who have been left devastated by this catastrophe.

The spiritual leader of Tibet concluded—"My thoughts are with the people of Texas at this time."

The immediate impacts may be obvious - people having to leave home, states of emergency, burst dams, streets underwater and more than 20 deaths connected to the storm - but further down the line this will continue to reverberate.

More than 30,000 people are temporarily homeless and of those who have been able to stay in their homes, tens of thousands were left without electric power.

Tens of thousands of people stayed overnight in shelters at the weekend, 9,000 of them in a convention centre that was opened up for them and hundreds in a private furniture shop.

In some areas, 48 inches (122cm) of rain has fallen. That compares to an average yearly rainfall of 49.77 inches and explains the flooded streets, homes and businesses.

Harvey was the fiercest hurricane to hit the country in 13 years, and the strongest to strike Texas since 1961's Hurricane Carla, the most powerful Texas hurricane on record.