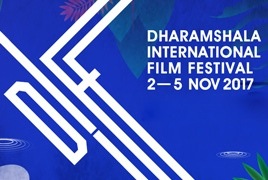 Dharamshala — The Dharamshala International Film Festival (DIFF) announced its 2017 lineup, scheduled to take place November 2-5. The sixth edition of the festival is slotted to be an eclectic mix of independent features, documentaries, shorts and animation films from India and around the world.

DIFF 2017’s opening night will feature the Indian film Mukti Bhavan, which will be presented by film’s lead actor Adil Hussain. The festival will close with Village Rockstars, a film by Assamese filmmaker Rima Das that had its premiere at the Toronto International Film Festival this year.

Two award-winning documentaries will also be included in this year’s festival: Kirsten Johnson’s Cameraperson and Rahul Jain’s Machines. Cameraperson premiered at the 2017 Sundance Film Festival to critical acclaim, and won top prize at the Sheffield Doc/Fest. Machines also screened at Sundance, where it won the World Cinema Documentary Special Jury Award for Excellence in Cinematography.

This year's selection of short films include: Taandav by Devashish Makhija; Afternoon Clouds by Payal Kapadia (the only Indian film to compete at Cannes 2017); Assamese film Days of Autumn by Mukul Halo; Amar Kaushik’s Aaba (the only Indian film to win an award at this year’s Berlin International Film Festival); Naughty Amelia Jane by Risheeta Agrawal; Memories of a Machine by Shailaja Padindala; Amateurs by Naveen Padmanabha; and animated short Fish Curry by Abhishek Varma.

Other DIFF 2017 highlights include the Indian premiere of Out of This World—a newly restored version of journalist and writer Lowell Thomas’ fascinating account of his travels in Tibet in 1949. Presented by filmmaker David Wright, the screening will also be attended by Lowell Thomas’s granddaughter Anne Donaghy.

DIFF is also continuing their mentorship Fellows program, and will again this year hold a series of panel discussions and conversations providing insights into the world of independent filmmaking.

The sixth edition of Dharamshala International Film Festival will be held at the Tibetan Children's Village school above McLeod Ganj from November 2 to 5. Filmmakers Ritu Sarin and Tenzing Sonam initiated the festival in 2012, with the aim of bringing high-quality independent cinema to the mountains, encouraging local filmmaking talent, and creating a meaningful platform to engage the area’s diverse communities