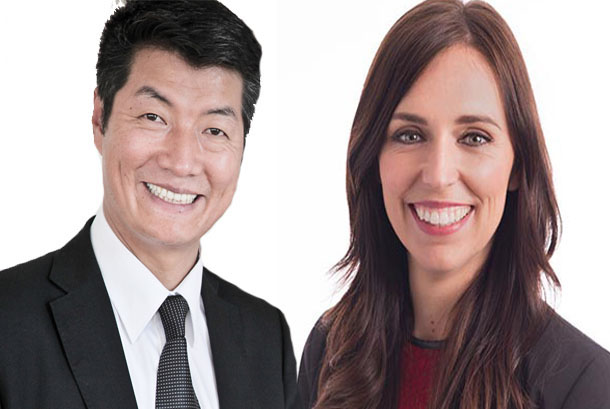 In his congratulatory note, on October 20, 2017, President of the Central Tibetan Administration (CTA) applauded New Zealand for giving its people the third female prime minister which clearly reflects the liberal values of the country, according to the CTA's official website. "Jacinda Ardern, with her ability to connect to the people, has won the hearts of everyone."
"The depth of her character and the width of her vision is visible in the promises that she made about tackling climate change, inequality, and improving women's lives in the home and workplace. This is something that resonates with people around the world," President Dr Sangay added.

The Tibetan President referred to her as an inspiration for girls and women around the world and admired her for being vocal on important issues such as free education and women's rights.

The democratically-elected President of the Tibetan people further expressed his hope that New Zealand under her new leadership would continue to render its voice in support of Human Rights and the resolution of the Tibet issue through the Middle Way Approach.

Dr Sangay made his first visit to New Zealand in May this year to meet the Tibetan community and to garner support for the Tibet movement led by Central Tibetan Administration.