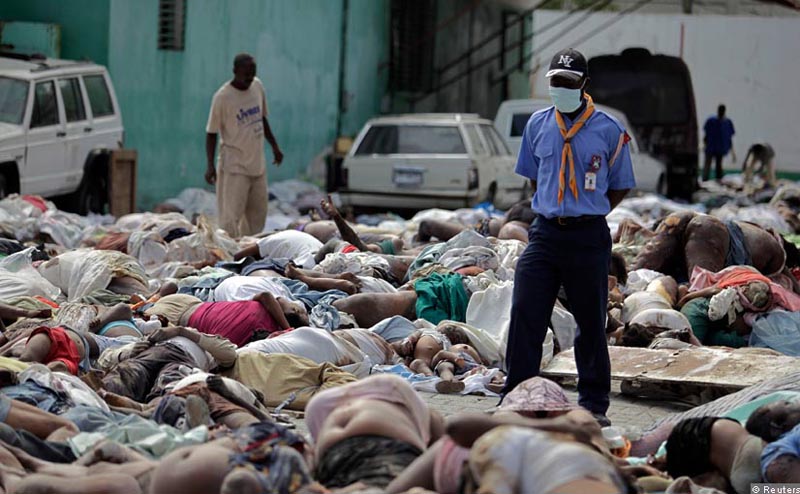 As of now, the Haitian president, René Préval, has confirmed 70,000 people dead - this is the number of corpses that have been buried in a mass grave on the outskirts of the flattened capitol. But officials fear that the death toll will surge to as many as 500,000 people, a number that reflects those still trapped and badly hurt, they say.

Reports have confirmed that among the ruin lay the National Palace, parliament, many hospitals and even schools, which were in session at the time of the devastating quake.

"We're particularly worried about the children," wrote Sophie Perez, the Country Director of Care International Haiti, to the New York Times. "There are many children trapped [in schools]. It's horrifying."

Henry Bahn, another survivor who was visiting as an official from the US Department of Agriculture, told BBC that he witnessed the earth split open and entire houses fell in to its blackness. It's as if a horror movie come to life. 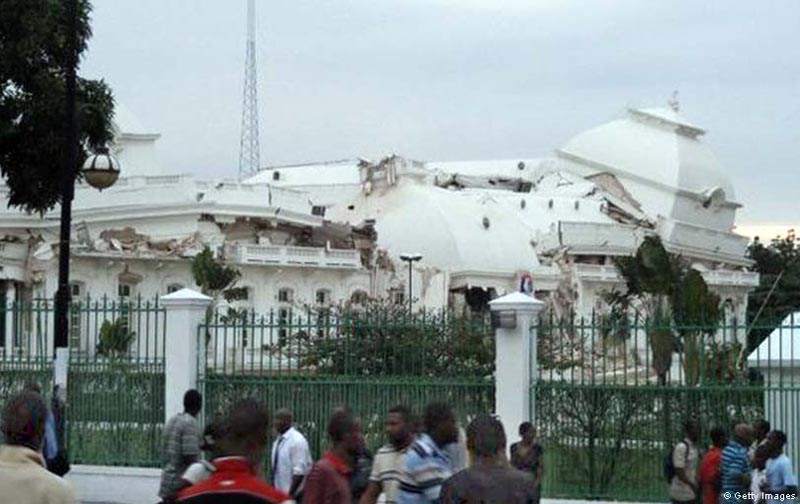 The earthquake rattled the city into ruins late Tuesday afternoon, but tremors were felt throughout the night and into Wednesday morning, leaving a majority of its already impoverished population homeless.

"People were sleeping outside, because they were afraid to go back inside their homes," continued Perez to the New York Times. "Many of the houses were destroyed anyway."

International aid, both military and humanitarian, started arriving only yesterday, after the aftershocks had subsided completely. But the people - some of whom have started looting, many of whom are frantically looking for loved ones - are desperate already.

"Inside many of these buildings, people may still be alive," said Eduardo A. Fierro while assessing the dusty damage. "And their time is running out."