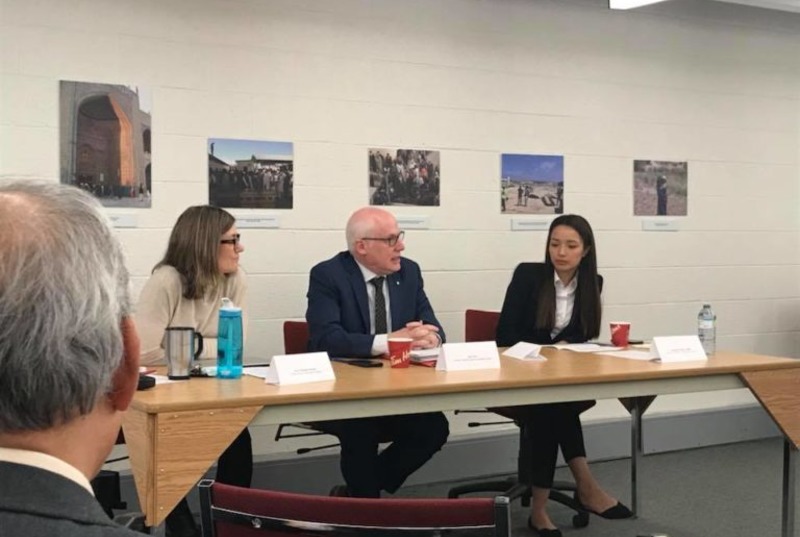 In partnership with the University of Ottawa’s Human Rights Research and Education Centre, the Canada Tibet Committee (CTC) hosted a workshop on March 22, 2018, to discuss the impact of Canada-China Free Trade Agreement on human rights in Tibet. Photo: CTC

Dharamshala — The Canada Tibet Committee held a workshop in partnership with the University of Ottawa’s Human Rights Research and Education Center on the implications that the Canada-China Free Trade Agreement might have on human rights in Tibet.

Thirty-five participants including representatives of non-governmental organizations, law students and professors, parliamentary staff, government bureaucrats, and business people, engaged in a lively, often impassioned debate about the relationship between trade and rights.

Using the workshop background paper as a starting point, participants suggested specific approaches that might be used by the Canadian government to ensure that enhanced trade with China does not entrench existing inequalities in Tibet. In particular, there was a recommendation for a full human rights impact assessment.

In her introduction to the background paper, the CTC’s Kunchok Dolma said, “Tibet offers a useful template to examine the trade agreement from a human rights perspective.” Kunchok went on to explain that “within China, Tibetans are both economically and politically marginalized with little access to the decision-making processes that affect their well-being.”

During workshop discussion, CTC Executive Director Sherab Therchin expressed his concern about two issues highlighted by speakers during the workshop – access to remedy and cybersecurity. “We already know that China’s current legal system fails Tibetans and that human rights lawyers are routinely detained” he said. “And we also know that surveillance is pervasive in Tibet, particularly online surveillance which prevents Tibetans from freely expressing their opinions.”

A report summarizing workshop presentations will be available in coming weeks. A second workshop is planned to take place later this year in western Canada. Outcomes of the two workshops will inform a final publication including recommendations for the Government of Canada. That publication is expected in the fall of 2018.

The Canada-China Free Trade Agreement is currently in an extended feasibility phase. Announcement of the launch of formal negotiations is expected at any time.