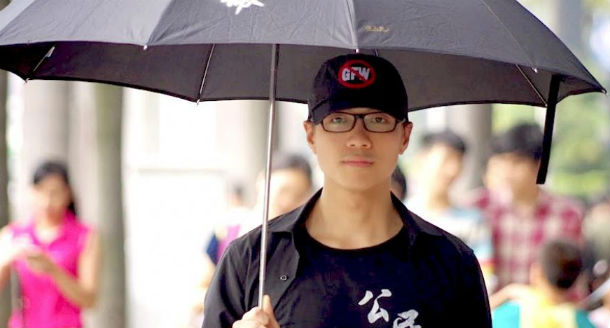 Paris, France Reporters Without Borders (RSF) calls on the Chinese communist regime to immediately free the citizen-journalist Zhen Jianghua in accordance with their own legislation, which limits incommunicado detention in the Chinese equivalent of “black sites” to a maximum of six months.

"Zhen will complete his sixth month of Residential Surveillance at a Designated Location (RSDL) tomorrow. RSDL is a Chinese official euphemism for incommunicado detention at a “black site,” a particularly harsh form of detention designed to break civil rights and human rights defenders. It is limited to six months under China’s code of criminal procedure," according to the Paris based global media watchdog.

“We call on the Chinese authorities to respect their own regulations by freeing Zhen Jianghua on completion of his six months of RSDL,” said Cédric Alviani, the head of RSF’s East Asia bureau. “This citizen-journalist was wrongfully arrested, held incommunicado and no doubt tortured, as is often the case at ‘black sites,’ simply because he disseminated information although the Chinese constitution explicitly allows him to do that.”

Famous for his smile and black cap and also known by the pseudonym of Guests Zhen, the 32-year-old Zhen is an emblematic member of the young generation of defenders of freely-reported information who resist China’s oppressive regime behind the scenes. He managed Human Rights Campaign in China, a website that documents civil society activity, and Across the Great FireWall, a site with technical tips on how to circumvent censorship.

He is facing a five-year jail sentence for “inciting subversion of state authority,” a catch-all charge that is often used against journalists and human rights defenders. He was arrested on 1 September 2017 by police in the southern city of Zhuhai and, according to his lawyer, was placed in RSDL on 29 September.

This deceptively-named form of detention was introduced in 2012 in the name of “combatting terrorism and corruption.” Far from being a form of house arrest, RSDL consists of incommunicado detention in extremely harsh conditions that often include mistreatment and torture with the aim of breaking detainees physically and psychologically.

President Xi Jinping recently engineered a constitutional change that allows him to remain in office indefinitely. His country meanwhile remains near the bottom of RSF’s World Press Freedom Index (currently 176th out of 180 countries) while more than 50 journalists and bloggers are held in conditions that pose a threat to their lives.