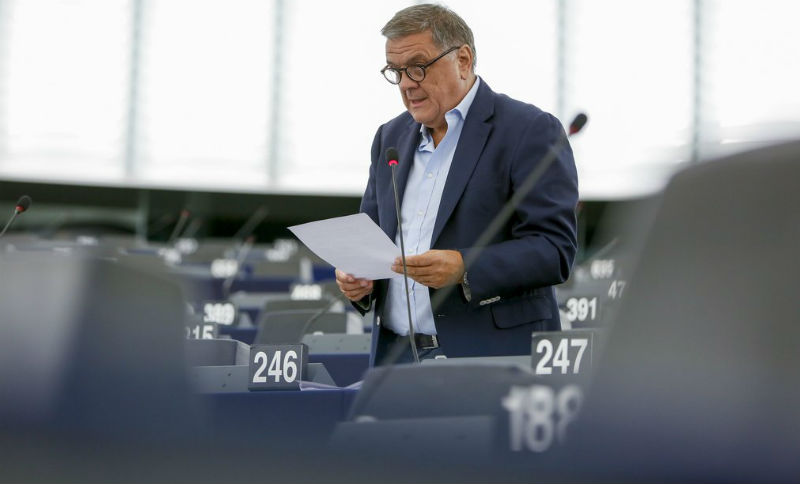 Brussels, Belgium — The European Parliament’s Subcommittee on Human Rights (DROI) on Wednesday said it gravely concerned about China’s harsh sentencing of Tibetan language rights activist Tashi Wangchuk. The DROI called on China to drop the charges against the Tibetan language rights advocate and release him as per an official resolution passed by the European Parliament this January.

“I am gravely concerned about the verdict of a court in the Chinese city of Yushu, sentencing Mr Tashi Wangchuk to 5 years imprisonment on charges of inciting separatism. Mr Tashi Wangchuk undertook fully legitimate work advocating for the linguistic and cultural rights of Tibetans, as it became known through a documentary film published by the New York Times,” Pier Antonio Panzeri, Chair of the DROI said in a statement issued on May 23, 2018.

“The peaceful activity of promoting the use of the Tibetan language in local schools should never be punished as this is a basic human right guaranteed by the Chinese constitution and legal system. It is highly regrettable and unjust that Mr Tashi Wangchuk already had to spend two years in detention. I call on the Chinese authorities to respect the basic principles of a fair and transparent trial and guarantee meaningful consideration of the facts during the appeal phase," the statement said.

Concerned about harsh sentencing of the Tibetan language rights activist, the Chair of the Subcommittee on Human Rights, Pier Antonio Panzeri (S&D, IT), said: "I would like to draw attention to the European Parliament’s resolution of January this year which called for the release of Mr Tashi Wangchuk and for the charges against him to be dropped”.

The European Parliament's Resolution of 18 January 2018 expressed its deep concern at the arrest and continued detention of Tashi Wangchuk, as well as his limited right to counsel, "the lack of evidence against him and the irregularities in the criminal investigation and called for his immediate and unconditional release."