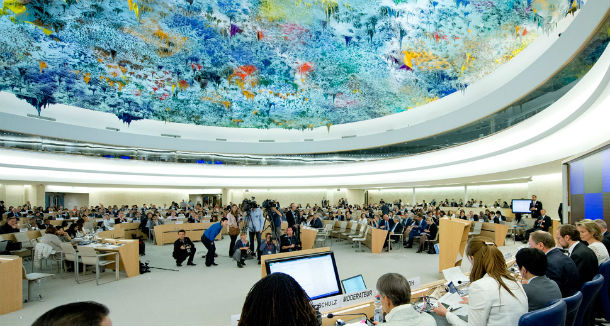 The so called 'Intermediate people's court' in occupied Yulshul County of Kham province in eastern Tibet, made public its verdict on 22 May, nearly five months after hearing the case against Mr Wangchuk. He was arrested in January 2016 for participating in a documentary in which he appealed for education in the Tibetan minority language and for the right of Tibetan people to partake in their cultural life. He has been held in detention since his arrest.

"The Court found him guilty of “incitement to separatism”. We are gravely concerned about the sentencing of Mr. Tashi Wangchuk, and the sanctioning of his right to freely express his opinion about the human rights of the Tibetan minority of China,” said the experts in a joint statement, issued on June 1, 2018.

“Governments should under no circumstances undermine or repress legitimate human rights advocacy and action, such as in this case, using national security, public order or anti-terrorism discourses”, they added.

“It is deeply concerning that this sentencing came after we issued two joint communications calling for his immediate release and for all of the charges to be dropped,” the experts said.

“We asked the Government to provide information about specific measures undertaken to promote and protect the linguistic and cultural rights of the Tibetan minority. We regret that, to date, the Government of China has not yet provided us with a satisfactory response.”

In December 2017, the UN Working Group on Arbitrary Detention issued an Opinion which found that Mr Wangchuk’s detention was arbitrary and in contravention of the Universal Declaration of Human Rights.

“Once again, we strongly urge the Chinese authorities to comply with their international human rights commitments, to grant Mr. Wangchuk immediate release and accord him an enforceable right to compensation and other reparations.”

This year, 2018, is the 70th anniversary of the Universal Declaration of Human Rights, adopted by the UN on 10 December 1948. The Universal Declaration – translated into a world record 500 languages – is rooted in the principle that “all human beings are born free and equal in dignity and rights.” It remains relevant to everyone, every day. In honour of the 70th anniversary of this extraordinarily influential document, and to prevent its vital principles from being eroded, we are urging people everywhere to Stand Up for Human Rights: www.standup4humanrights.org.

Special Rapporteurs are part of what is known as the Special Procedures of the Human Rights Council. Special Procedures, the largest body of independent experts in the UN Human Rights system, is the general name of the Council’s independent fact-finding and monitoring mechanisms that address either specific country situations or thematic issues in all parts of the world. Special Procedures’ experts work on a voluntary basis; they are not UN staff and do not receive a salary for their work. They are independent from any government or organization and serve in their individual capacity.