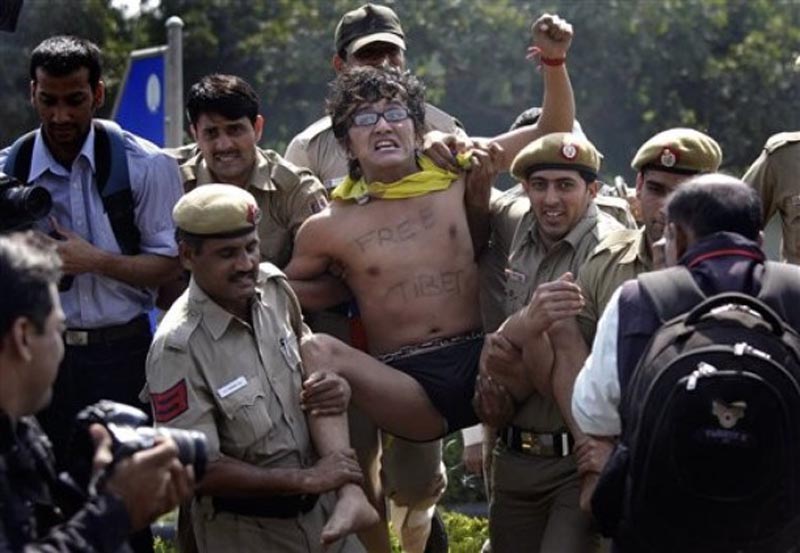 New Delhi: 9 March 2010-Police say they have detained nearly two dozen Tibetan exiles from outside the Chinese Embassy in the Indian capital, where they protested on the eve of the anniversary of the failed uprising that sent the Dalai Lama into exile in India.

Chanting "Free Tibet," the protesters on Tuesday rushed toward the Chinese Embassy gate but were blocked by Indian police officers who put them in a van and drove to a nearby police station.

A police officer says they were likely to be released later Tuesday. The officer spoke on condition of anonymity because she was not authorized to talk to reporters.

One Tibetan protester chained himself to a pole outside the Chinese Embassy. He was among those detained by police.

The protest was organized by the Tibetan Youth Congress.

China claims Tibet has always been part of its territory, but many Tibetans say the Himalayan region was virtually independent for centuries until Chinese troops invaded in the 1950s.

The Tibetan spiritual leader, the Dalai Lama, has lived in the northern Indian town of Dharmshala since fleeing Tibet following the failed 1959 uprising against Chinese rule.