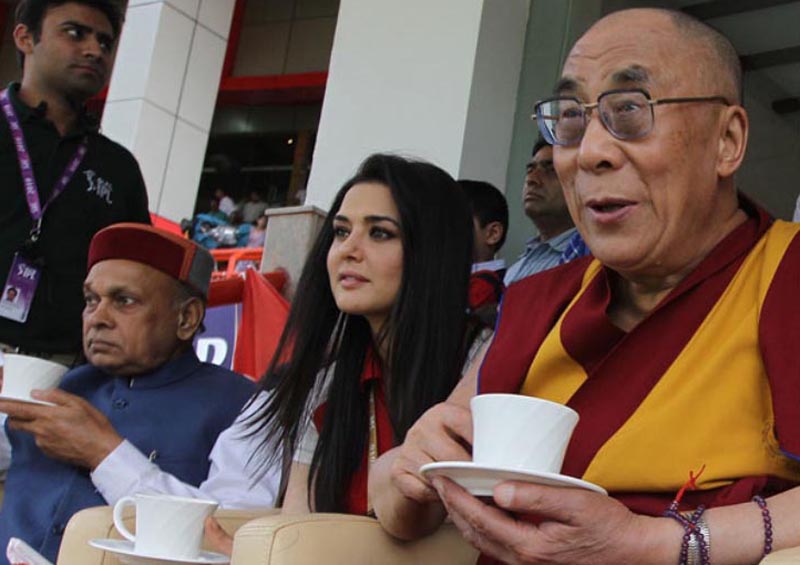 Dharamsala: Tibetan spiritual leader, His Holiness the Dalai Lama, was the centre of attraction at the Indian Premier League (IPL) match played between Kings XI Punjab and Chennai Super Kings Sunday in Dharamshala.

Dressed in a traditional Buddhist maroon robe, the Nobel Peace Prize winner spent around an hour watching the Kings XI innings. Before the match began, His Holiness the Dalai Lama presented the players of both teams with traditional Tibetan white scarves, given for good luck.

Some of the players, especially Indians, missed no opportunity to seek his blessing by touching his feet. Accompanied by Preity Zinta, bollywood actor and co-owner of Kings XI Punjab, and Himachal Pradesh Cricket Association (HPCA) president Anurag Thakur, His Holiness the Dalai Lama, the chief guest at the match, enjoyed cricket for the first time in his life and met dignitaries including Bollywood actor Kabir Bedi.

His Holiness also obliged some of the spectators by allowing them to get themselves photographed with him. The cricket stadium, one of the new venues in the country, is located nearly 4,000 feet above sea level and surrounded by the majestic Dhauladhar range of the Himalayas, making it one of the most beautiful grounds in the world. 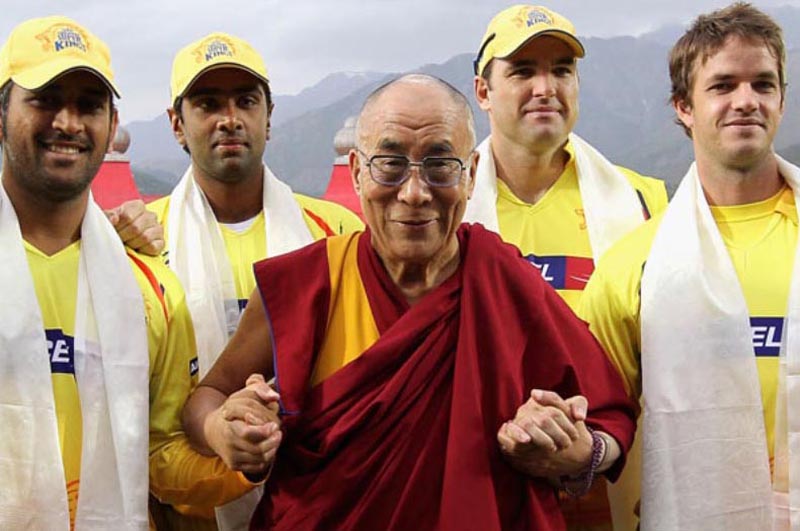 As the Dalai Lama left the stadium, a TV commentator remarked: "People go to meet the Dalai Lama for peace but I suspect he didn't find any peace today as after every couple of seconds someone was going to meet him."

"Today is a very special occasion because we got the public appearance of His Holiness," a Tibetan supporter said as the Dalai Lama left. "For us it is undoubtedly an occasion of a spiritual tryst with our guru," another follower remarked.

Dharamshala is sometimes known as 'Little Lhasa", after the Tibetan capital city, or 'Dhasa' (a compound of 'Dharamshala' and 'Lhasa'). A total of 140,000 Tibetans live in exile, over 100,000 of them in different states of India.