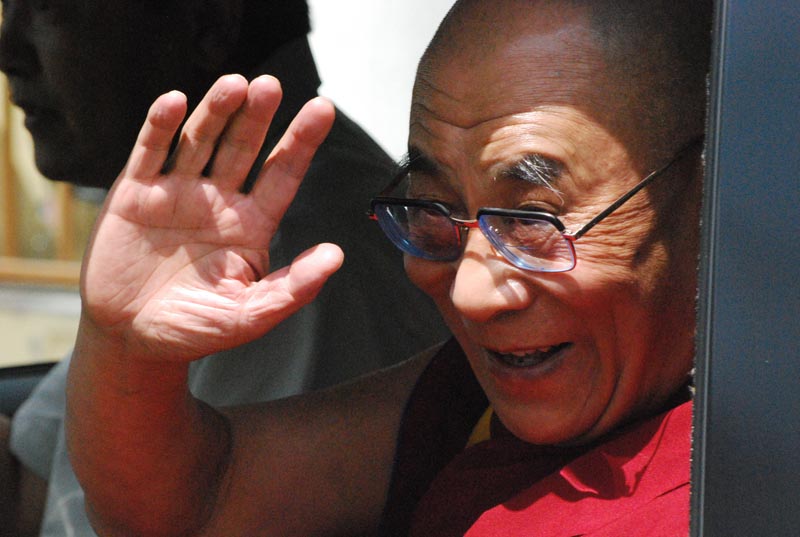 Dharamshala: China continues to ignore Tibetan spiritual leader, His Holiness the Dalai Lama's appeal to visit victims of the earthquake in the Tibetan Plateau.

"This time the location of the earthquake, Kyigudo (Chinese: Yushu), lies in Qinghai Province, which happens to be where both the late Panchen Lama and I were born. To fulfill the wishes of many of the people there, I am eager to go there myself to offer them comfort," the Tibetan spiritual leader said at a press conference on Saturday.

Coverage from the bbc shows monks praying to the Dalai Lama, holding pictures - the possession of which can lead to imprisonment - of the Tibetan spiritual leader to their foreheads.

"At such a time as this when we have suffered such a terrible blow we are in urgent need of the Dalai Lama to come to our disaster area and provide salvation for our dead and comfort for our wounded souls. President Hu and Premier Wen, we request that in your gracious benevolence you may satisfy the wishes of the people in the disaster area," the petition read.

Coverage of the aftermath of the quake on Taiwan's Formosa TV featured interviews with survivors of the earthquake.

"We wish for His Holinesss the Dalai Lama to be here with us," another survivor said.

While China has managed to evade direct acknowledgment of the Tibetan Buddhist leader's appeal, Bainqen Erdini Qoigyijabu, the Chinese-selected Panchen Lama and vice president of the Buddhist Association of China, today held a Buddhist prayer ritual for victims of the earthquake.

Ooigyijabu was declared the 11th reincarnation of the Panchen Lama following the abduction of the original, Gedhun Choekyi Nyima, whose whereabouts remain unknown.

The Chinese Qinghai province, birthplace of both the Dalai Lama and the previous Panchen Lama, still retains a strong Tibetan cultural heritage, despite continued Chinese cultural, religious and political oppression.