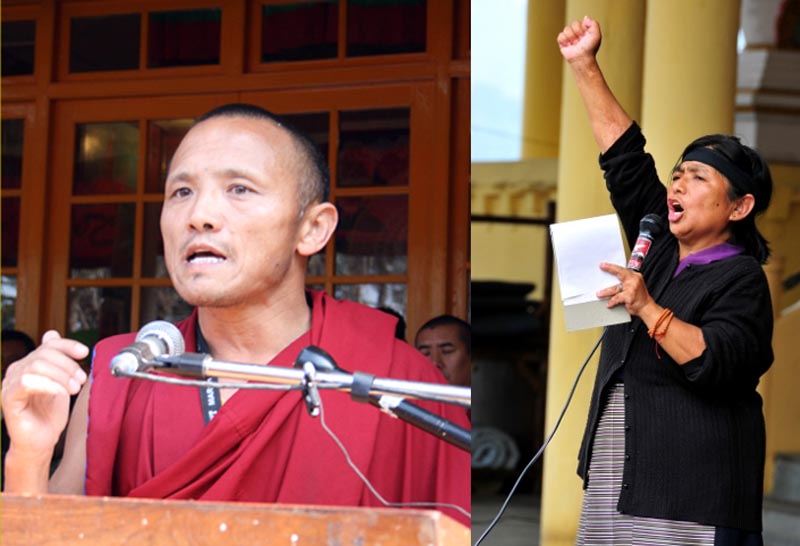 Taipei: Two influential delegates from Dharamshala based Tibetan NGOs to visit  Taiwan. Thus marking the beginning of an eight-day visit to Taiwanese NGOs and communities, starting beginning of the May. On 3rd May the delegates are scheduled to address Tibetan issues at the 2nd Congress of the Asia Pacific Greens Network summit which will be opened in Taiwanese capital Taipei tomorrow.

Meili Chow, the president of Taiwan Friends of Tibet told The Tibet Post International that President of Tibetan Women's Association (TWA) Mss Kirti Dolkar Lhamo, will both be sharing their insights on various topics regarding justifications behind a risk-ridden Tibetan life exiled in India, the role of the Tibetan Women Movement in both micro and macro perspectives, Tibetan life in China controlled Tibet, and defining the term "exiled community".

On the 5th of May, the audience will be provided the opportunity to spend an evening with the delegates from exiled Tibetan Organizations, while the delegates will also try to seek help for their Tibetan counterparts in other nations.

The delegates will also address the acute environmental degradation and industrial exploitation from Chinese pressure occurring in the Tibetan Plateau, with a speech on “The third pole of the earth-Tibetan plateau”. Furthermore, the delegates will also express thoughts on how Tibet and Taiwan should work together to face an increasingly assertive China.

Taiwan Friends of Tibet invites all who is concerning the future of Tibet and Taiwan under the greedy regime of communist China. The group has announced today that all Taiwanese are welcome to join these meetings with Tibetan friends.