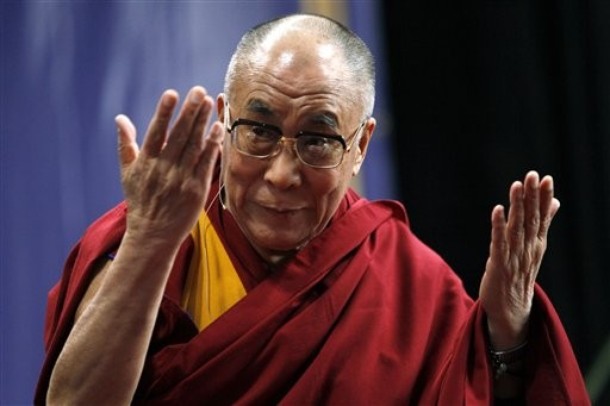 Dharamshala: Tibet's spiritual and political leader, His Holiness the 14th Dalai Lama, will commence his teachings today on a four day visit to New York, NY U.S.A. The event will be hosted by the Tibet Centre and Healing the Divide, two Buddhist organisations based in New York City. All teachings held between the 20th and the 23rd of May will take place in the metropolis’s Radio City Music Hall.

The 74-year old Tibetan leader His Holiness said that the issue must be examined bilaterally. On one level, all of the major religions of the world differ in the philosophical aspect yet are similar in their messages of love, compassion, etc.  His Holiness propagated a positive standpoint on all religions based on his own belief in tolerance. His Holiness said that, while his faith is Buddhism, he possesses respect, appreciation and admiration toward all religious traditions. He has visited mosques, churches, Hindu mandirs, etc. whenever possible.

On another level, there exist two main Buddhist traditions, Pali and Sanskrit, and as Buddhists we should have faith in both.  The Mahayana tradition envelops Chinese, Japanese, Korean and Tibetan Buddhism, all of which share root in the Nalanda School.  Within Tibetan Buddhism, His Holiness spoke of the schools of Nyingma, Kagyu, Sakya, Geluk and Jonang, all of which follow the Nalanda tradition.

Tibetan spiritual leader, His Holiness also met with over 100 friends and supporters of the Tibet Center, including well known singer Tony Bennett.

His Holiness continued that the tradition of critical debate involving the voicing of varying viewpoints is an integral part of Tibetan Buddhism. He said there were Tibetan masters who were critical of Je Tsongkhapa and similarly of Tsongkapo who, while refraining from using offensive language, established pointed cases against the viewpoints of challengers.

The director of the Tibet Centre, Nicholas Vreeland, has engaged in aiding the co-ordination of the Dalai Lama’s five visits to New York, beginning in 1991. The Tibet Centre is an institute for learning and Buddhist meditation and remains open to all. Classes at the Centre include Buddhist philosophy and meditation practice. The Centre also hosts lectures and seminars by guest speakers.

The Healing the Divide Foundation was founded in 2001 by American actor and practising Buddhist Richard Gere; it aims to promote ‘understanding, cooperation and innovative solutions to issues that threaten the welfare and prosperity
of people and communities around the world.’ The Foundation is currently working on a project in India referred to as the ‘Tibetan Health Initiative’ in order to provide the local Tibetan Monastic community with improved healthcare.

His Holiness will spend the first three days of his stay discussing two Buddhists texts: Nagarjuna’s ‘Commentary on Bodhicitta’ and Shantideva’s ‘A Guide to the Bodhisattvas’s Way of Life.’ These texts teach concepts such as human emptiness and suggest a path twoard enlightenment.

The final day will be dedicated to a public talk on how to lead a happy life, entitled ‘Awakening the Heart of Selflessness.’ His Holiness’ speech will cover how to achieve a state of genuine selflessness with the aim of inspiring true caring and compassion for others. A question-and-answer session with His Holiness will follow.

All teachings are set to be translated into English, Cantonese and Mandarin.