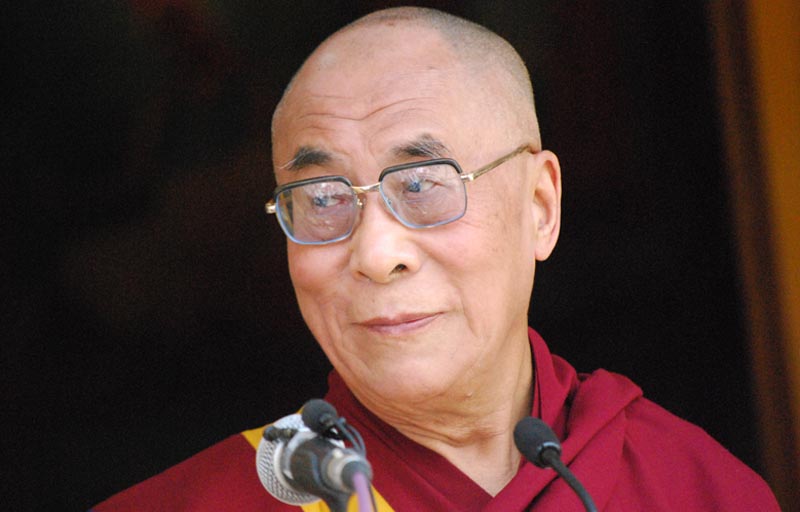 Dharamshala: His Holiness the 14th Dalai Lama of Tibet said on Tuesday, in an interview given to the Chinese media outlet Duowei, that the Chinese administration needed to acknowledge that there indeed existed a Tibet problem and that this issue needs to dealt with, and he also said that the best way to resolve this impasse is to begin serious talks.

When asked on what steps could be taken to move the issue forward, his holiness said that he had done everything from his side, and also reminded the interviewer Mr. Yu Pinhai, about Chinese leader Deng Xiaoping's commitment that except for the issue of Tibetan independence everything else can be discussed and resolved, and the fact that some Chinese officials who said that, there is no Tibetan issue, but only the issue of the Dalai Lama.

His holiness also reiterated the fact that the whole world knew that, he does not ask the Chinese government for independence for Tibet, yet the Chinese continue to label him a separatist, His Holiness the Dalai Lama also stressed the need for more Tibetans in China to take an active part in discussions with the Chinese government, he also said that the majority of Tibetans who are in Tibet are his boss, he also said that most Tibetans in china are afraid to speak out for fear of being labeled a separatist. His Holiness said he had never asked the Chinese Government for any position of power for himself in the past, and he had no desire to do in the future as well.

Speaking on the rich spiritual heritage and a culture that was the way of life for all Tibetans, whether Buddhists, Muslims or Christians, the Dalai Lama said that the world, including China faced a moral crisis, and said that it would be beneficial if the Tibetan Buddhist culture could be preserved, it could result in a positive change for all humanity.

His Holiness spoke of the great love the Tibetan people had for their heritage, and talked about the negative effect that the attitude of the people in power had on general populace in Tibet, citing the examples of Khenpo Jigme Phuntsok who faced great difficulties in pursuing purely spiritual activities.

His Holiness the Dalai lama clarified that he" had never asked all the Chinese to move out of Tibet, but that Tibetans be the majority as that was essential for the survival of the Tibetan identity "he took the example of development in inner Mongolia where there were only three to four million Mongolians compared to around 20 million Chinese. His Holiness said that the ideal situation being something like six million Tibetans compared around one million Chinese. If this were the case in Tibet, he said there would not be the problems that we faced today.

On the issue of leadership, His Holiness said he was not overly concerned as he said "In exile since 2001 there is an elected political leadership and also young and qualified spiritual masters in all Tibetan Buddhist lineages are growing up."