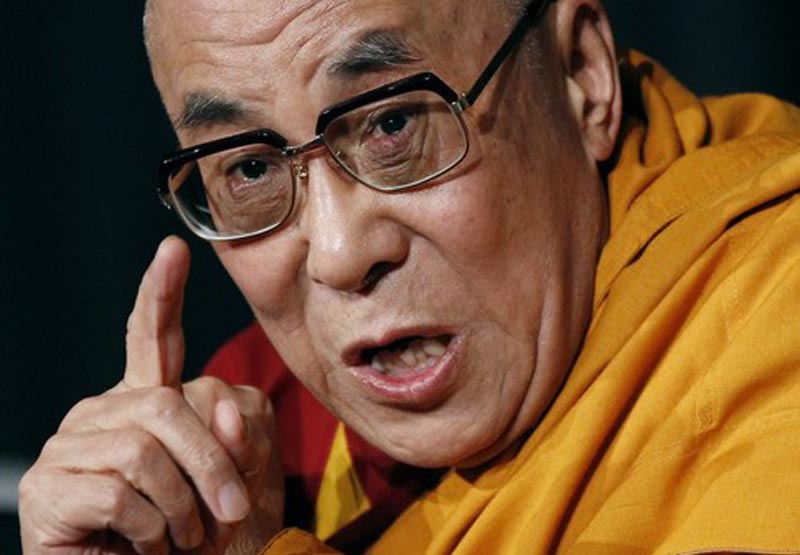 Dharamshala: Speaking to reporters yesterday in New York where he is giving a series of lectures in central Manhattan until Sunday, His Holiness the Dalai Lama reiterated his belief that Marxism can bring "moral ethics" to economics.

His Holiness' comments follow growing disaffection and distrust of unregulated capitalism in the international community.

His Holiness' comments follow growing disaffection and distrust of unregulated capitalism in the international community.

The Tibetan spiritual leader told reporters that the world is becoming a more tolerant and unified place, though he criticised capitalism, saying Marxism includes "moral ethics, whereas capitalism is only how to make profits."

His Holiness was keen to add that whenever Marxism has been adopted by authoritarian regimes such as China or Soviet Russia, it has lead to oppression.

The Tibetan leader and Nobel laureate previously called China a "Communist country led by a Communist party without a communist ideology," and yesterday in New York asserted that capitalism "brought a lot of positive to China. Millions of people's living standards improved."

"[The Chinese people] want more freedoms, they want an independent judiciary, they want to have a free sort of press," His Holiness added.

Despite being previous advice to not mention or endorse any sense of Marxism, least of all in the most enthusiastically capitialist country in the world, "Still I am a Marxist," the exiled Tibetan Buddhist leader declared.