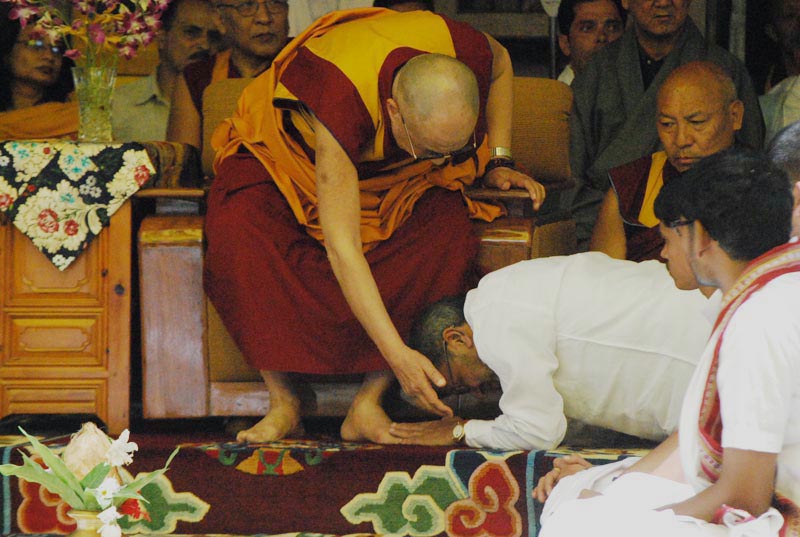 Dharamshala: The Dalai Lama and his fellow Tibetans celebrated 50 years of settlement in Dharamsala today with a ceremony that took place in the main Tibetan temple. Indian dignitaries were among those present at the function along with high ranking Tibetan officials from the exiled government.

The event began with a fire-puja (havan) and prayers chanted by Hindu priests asking for the long life of the His Holiness the Dalai Lama. Speeches were made followed by a community lunch served in traditional Indian fashion with leaves being offered as plates.

The Tibetan leader said that most people find Tibetans likable because of their pleasant nature. This was not only the case in India, but also in other countries like Canada and America. China was no exception.

His Holiness further emphasized the importance of acknowledging this love, which hasn't emerged from mateiral things like money, books or physical attrributes but from the pleasant nature of Tibetans. He advised Tibetans to hold true to this in their dealings with other people.

The 74-year-old Nobel peace laureate concluded his speech with a joke, saying that it is very difficult to perform fire-puja in such extreme heat. His holiness ended by thanking the Indian government's unwavering support for the Tibetan cause.

Please visit our photo gallery about this event.