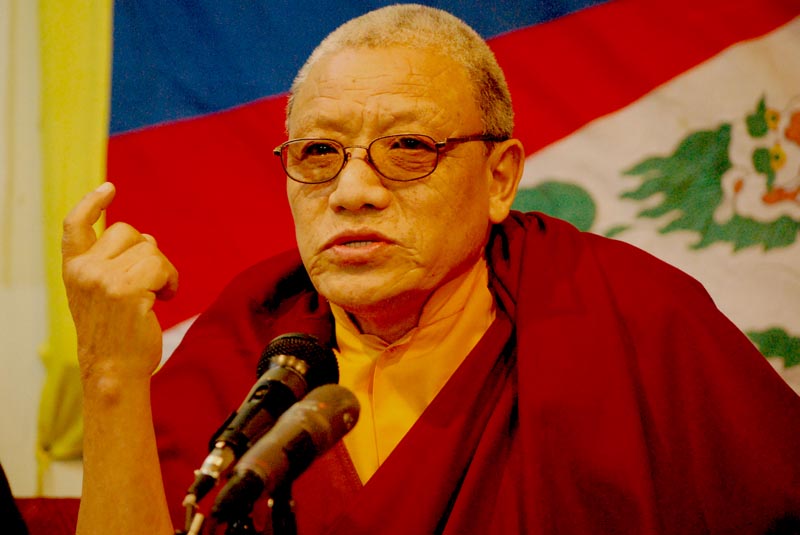 Dharamshala: The Tibetan government said in a statement on Monday that "using religious figures for political purpose, therefore, goes against religion." The communist regime of China claimed on Sunday that a four-year-old Tibetan boy, Losang Dorjee, was selected as the 5th reincarnation of Dedrug Rinpoche, one of respected spiritual leader of Drepung Monastery.

"Recognising the incarnations of Lamas/Trulkus is a unique Tibetan practice related with Buddhism. It has nothing to do with politics. Using religious figures for political purpose, therefore, goes against religion," said Tsering Phuntsok, the minister of Religion and Culture in the statement.

"On 18 July 2007, the State Administration of Religious Affairs of the People's Republic of China issued the Regulation on Management Measures for the Reincarnation of Living Buddhas in Tibetan Buddhism by transgressing the bounds of both religion and politics. The heads of the four religious schools of Tibetan Buddhism and the traditional Bon religion as well as the Department of Religion and Culture of the Central Tibetan Administration issued a seven-point joint declaration on 2 September 2007, repudiating this regulation," said Phuntsok.

In his statement, the minister said that "likewise the Special Meeting of the heads of the four religious schools of Tibetan Buddhism and the traditional Bon religion held on 3 May 2008 passed a resolution, which not only rejected it but also declared that in future no reincarnated Lamas/Trulkus of the Tibetan Buddhist and Bon religions shall be considered as true unless they have the final approval of the heads of the respective religious traditions."

"Under the supervision of the Chinese Communist government, the so-called reincarnation of the Gyalrong Dedrug Rinpoche, belonging to Loseling of the Drepung Monastery in Tibet has apparently been recognised on 4 July 2010 through the 'golden urn procedure'. As well as going against religion, this action of the Chinese government is a politically-motivated one. Therefore, as mentioned in the above declaration and the resolution, no Tibetan will ever accept this," the minister stated.

He also added that "the previous Dedrug Rinpoche was a prominent religious figure who had contributed much to the maintenance and promotion of Tibetan religion and culture. Therefore, his reincarnation should be recognised according to tradition with the consent of the Gaden Throne Holder, the head of the Gelug School of Tibetan Buddhism."