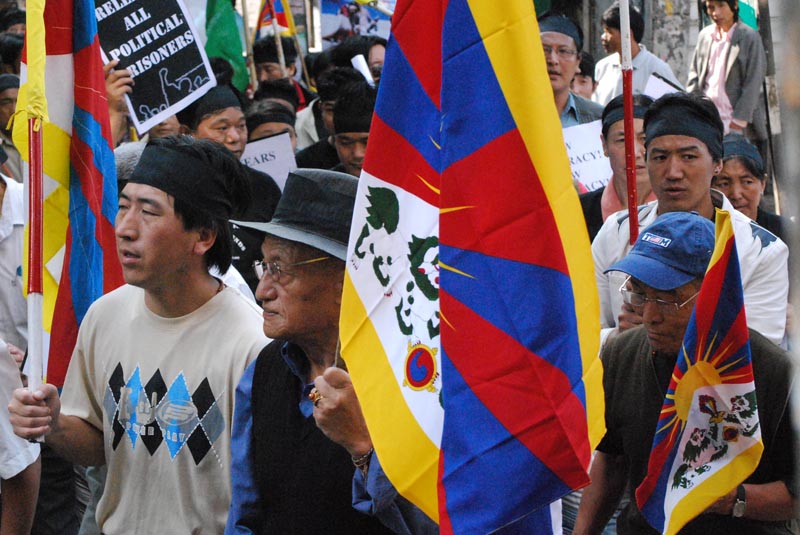 Dharamshala- On Wednesday, Chinese Foreign Minister Yang Jiechi warned all the countries not to provide stage for "Tibetan separatists." He claimed that, "Tibet-related issues are purely China's internal affairs. He made the remark at a press conference after his talks with his British counterpart William Hague. Yang also shamelessly exaggerated that, the international community widely recognized that Tibet has always been an inalienable part of Chinese territory since ancient times."

His Holiness the Dalai Lama, Tibet's exiled spiritual leader, has occasionally condemned China's "rule of terror" in Tibet and criticized it as "cultural genocide". "Some respected international organization can investigate the situation is in Tibet and the underlying cause," the Tibetan leader told reporters in Dharamshala, after deadly crackdowns taking place in all parts of Tibet in 2008 caused the deaths of more than 200 Tibetans.

Yang claimed more saying, according to China's Constitution and Law on Regional Autonomy for China's Minority, Tibet adopted the system of ethnic regional autonomy. In March 1959, the Chinese government dissolved the aristocratic local government of Tibet and liberated more than 1 million serfs. And, since the democratic reforms, Tibet has made remarkable achievements in many fields that includes political, economic and culture.

He further claimed that, Tibetans have enjoyed comprehensive social progress and standard of living with proper preservation of cultural heritage. And, they have fully enjoyed freedom of speech and all rights endowed in the laws. The Tibet issue bears on China's sovereignty and territorial integrity and its' core interests, and is an internal affair of China.

During the talks and the press briefing, Yang also called on China and Britain to properly handle their differences and work together in tackling global and regional challenges. He also enhanced maintaining and furthering Sino-British relationship conforms on fundamental interests of both the countries.

However, between 1949-1959 more than 1.2 millions Tibetans, including women and children, were killed or murdered in Tibet, particularly during the so called 10 year Cultural Revolution (1966-1976), which saw the mass destruction of Tibetan buildings and religious artifacts. More than 6,000 monasteries were destroyed, many of them used as target practice by Chinese artillery. A thousand years' worth of priceless Buddhist literature, religious paintings and artifacts were either destroyed, burnt and stolen.