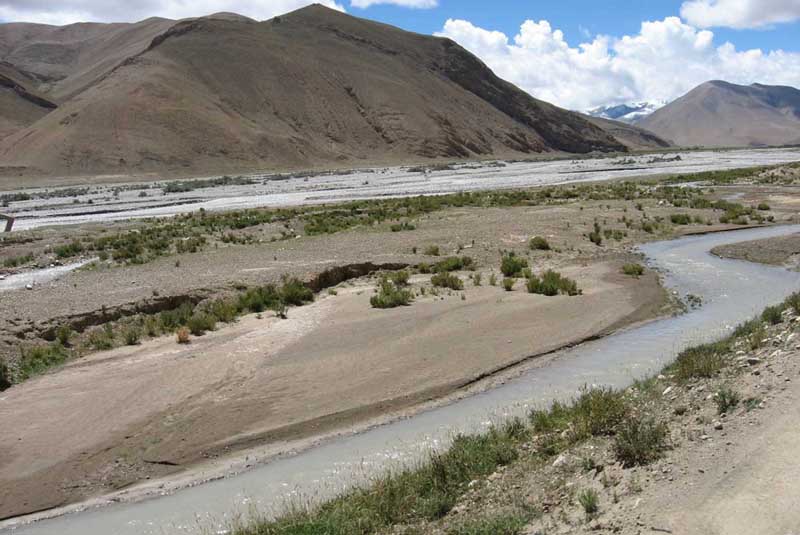 London: The communist regime of China has for the first time publically admitted that they have begun constructing the super Dam on the Yarlong Tsangpo River of Tibet (also known as the Brahmaputra), despite protests from India about the environmental risks of building such a structure.

The river was dammed on November 12th to help in the construction of the Zangmu Hydropower Station project in the middle reaches of the Brahmaputra river in Gyaca County of Lhoka Prefecture in Tibet Autonomous Region, according to Tibet Online a Chinese media outlet.

The dam is being constructed in Shannan Prefecture, Tibet, about 300 kilometers southeast of Lhasa. China has apparent desires to dam most rivers running through the region to create hydropower benefits and to enable it to sell electricity to neighboring countries such as Myanmar and Bangladesh. Free Tibet campaigners have been highly critical of the project calling it "another example of China abusing Tibet's natural resources."

China maintains that the US$1.18 billion hydropower station will be a "run of the river" project, meaning that it would generate electricity using the natural flow and elevation drop of the river with minimum downstream impact.

India has voiced its concerns that the project could vastly affect the flow of the Brahmaputra, one of India's largest rivers, effecting millions of Indian farmers who rely on the river for irrigation. In May, this year, India's Minister of State for Environment, Jairam Ramesh said in relation to the Brahmaputra project that, "the great fear in India has been that China would divert waters from the Brahmaputra to feed its arid southwest region, thereby impacting India as a middle riparian," adding that "Politically and even ecologically it would be unacceptable for India."