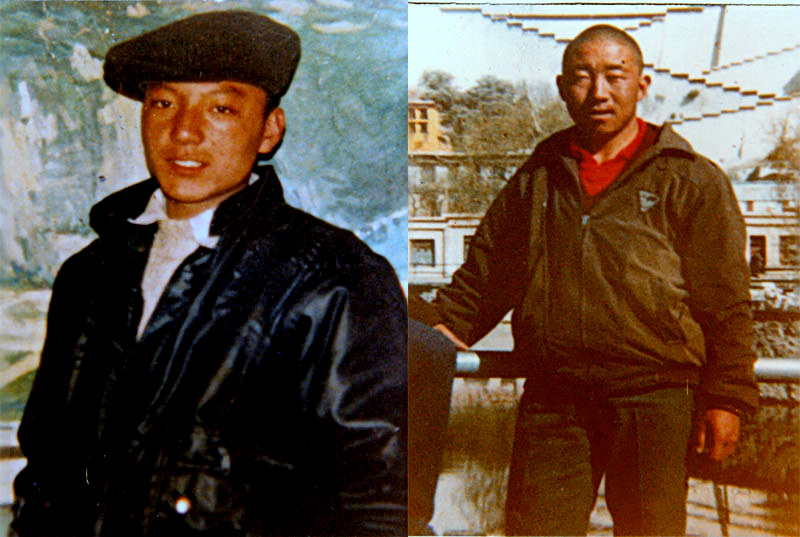 Dharamshala: Two Tibetan monks from Meldro Gungkar county, central Tibet died after being released from Chinese prison said a report from Tibet received on Wednesday. They were in a very bad state after being tortured, beaten and insulted by Chinese authorities. Thupten was arrested during the 1989 peaceful protest in Lhasa, which reportedly caused the deaths of hundreds of Tibetans and the arrest of thousands more.

According to information received by The Tibet Post International on Wednesday, Thupten Legtsok from Meldro Gungkar county, was a monk from Daklha Lhuguk monastery in Lhasa, capital of Tibet died earlier last year after being subject to brutal torture by the Chinese authorities. He was arrested while participating in the 1989 peaceful protest in Lhasa.

In 1989, several monks from Daklha Lhuguk monastery on the outskirts of Tibet's capital, Lhasa, peacefully march toward Barkor Street in the central city. Legtsok was joined by others, lead a peaceful Tibet march from Tsuklakhang Temple, proclaiming independence slogans for Tibet, distributing pamphlets, and raising the banned Tibetan national flag at Barkor Street of Lhasa, the Tibetan capital. They all were arrested immediately following three day long peaceful protests in Lhasa.

Our source says that he was tortured and beaten nearly to death at a secret jail. The Chinese authorities then harshly interrogated him, asking for information on his political participation. The authorities beat him until vomiting bloods. After his release from prison, Legtsok suffered from a 'serious health condition.

Another Tibetan monk Dorjee Tsering died in November last year after being subject to brutal torture by the Chinese prison authorities. He was arrested by Chinese authorities for participating during a protest rally that he staged with other Tibetans in Lhasa in 1994.

Tsering was sentenced for four years in jail by the so called Lhasa Intermediate Court. Following his release from prison, he suffered from a 'serious health condition for the past several years. It is in this political context that he was expelled" from the Meldro Katsang monastery in Meldro Gungkar county.

The report further says, 'that kind of arrest and imprisonment in Tibet are frequently carried out by the Chinese authorities as a result of peaceful demonstrations-in violation of international human rights law-there are serious abuses following detention since occupation over Tibet. Incidents of severe beatings at the time of arrest, torture and insulting during incarceration, and severe beatings of inmates already sentenced have been informed with sufficient frequency.' Since March 2008 alone, over 224 Tibetans have been killed, 1,294 injured and 290 sentenced, more than 5,600 were arrested or detained and over 1,000 disappeared after the Chinese armed military deadly cracked down in all parts of Tibet.