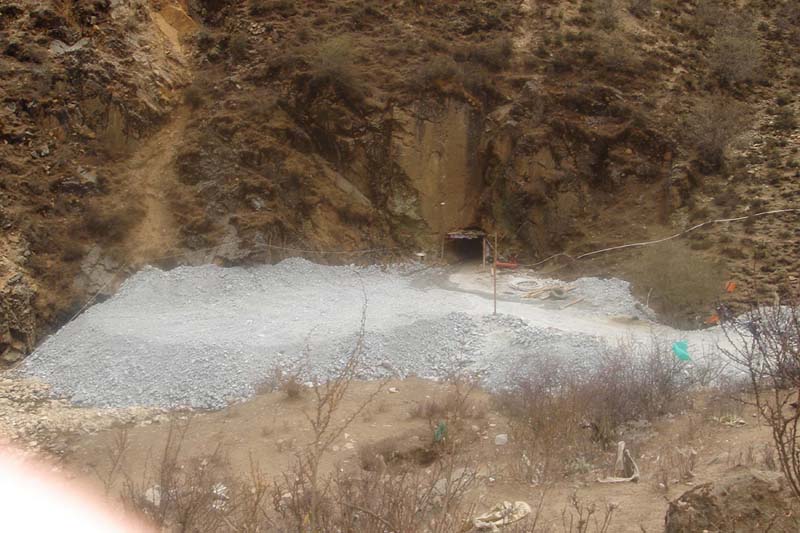 Dharamshala: Despite international criticism, the communist regime of China is planning to develop three major mineral bases in Tibet in the coming five years amid claims that 102 types of deposits with an estimated value of USD 100 billion have been discovered in the Himalayan region.

So called Tibet Autonomous Region (TAR) will step up the exploration of copper, lead, zinc, chromium and gold in its central areas, including the regional capital city of Lhasa and Shannan Prefecture, to form a major mineral base for non-ferrous metals and chromes, the state-controlled news agency 'Xinhua' reported.

A non-ferrous metal base will be established in Chamdho region (Ch: Qamdo Prefecture) in the east of Tibet, an area with 15 million tonnes of proven copper, lead and zinc reserves in the new five year plan starting from this year.

In addition, a salt lake area in the northwest of Tibet is expected to become a major base for saline minerals and lithium, the report claimed. Last December, Chinese official media reported that geologists discovered 102 types of mineral deposits in over 3000 mine beds with an estimated value of about 600 billion Yuan, (USD 100 billion).

Among the variety of mineral reserves, Tibet is reported to have large chromium and cuprum far higher than other regions of mainland China. Twelve other mineral reserves rank among the top five across the whole country.

Chinese aluminium and copper giant Aluminum Corp of China, or Chinalco has already set up its unit there, besides Chinese miners Western Mining Co and Zijin Mining Group Co Ltd which already started production at the Yulong copper deposit, in southeastern Tibet.
Access to the remote Tibetan areas is no longer a problem as China has already built enormous amount of rail, road and air infrastructure connecting so called TAR with the mainland.

The rapid exploration of natural resources and development of infrastructure evoked criticism from the Tibetan say this would benefit the main land more as it fuels influx from the outside the region besides harming the plateau's fragile environment.

Not only are Tibetans subject to economic discrimination and the invasion was followed by wide-spread environmental destruction in Tibet, resulting in deforestation, overgrazing, uncontrolled mining, nuclear waste dumping, soil erosion, landslides and other perils. The government of China continues to extract various minerals without any environmental safeguards, and as a result, Tibet is facing an environmental crisis, which will be felt far beyond its borders and its current generation.