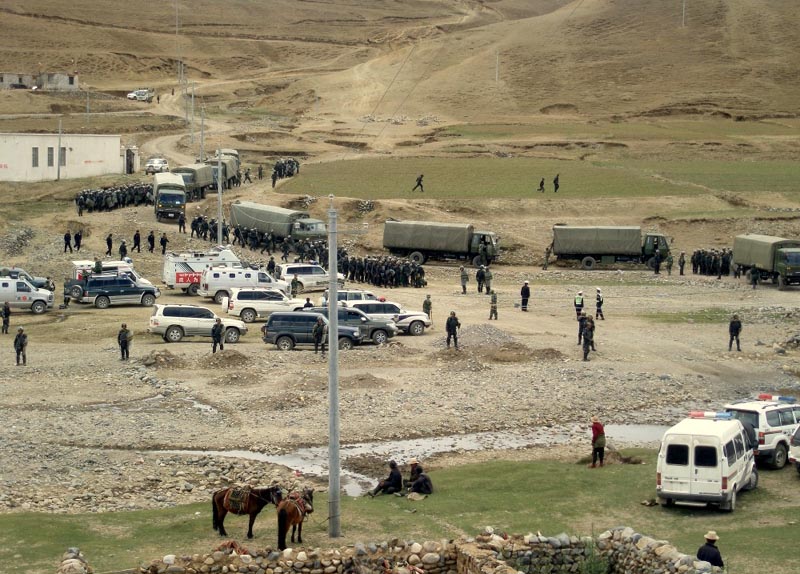 A Tibet.net report on Friday said that the Chinese government has deployed a large number of riot police and security forces to clampdown on Tibetans who are protesting against its rampant exploitation of mineral resources in Shethongmon county in Shigatse, central Tibet.

As the protesters tried to stop the mining work, the officials of the mining department and local government attempted to cajole them to continue the extraction work.

But the general public did not give into the cunning tricks and they continued to express their opposition to the mining work from 22 November till 18 December.

The local government of Shethongmon sent riot police to disrupt the demonstrations, which led to verbal confrontation between the police and the protesters. The police, who were outnumbered by the protesters, tried in vain to be gentle to disperse them.

"Later, a large contingent of public security bureau and armed personnel were sent from Shigatse to crackdown on the protesters. As a result, many Tibetans were severely beaten up and arrested," said the report of the exile Tibetan government-run media.

Around 12 Tibetans from the lay community were also arrested, out of which two were released. The rest are still in detention centres near Shigatse and in Shethongmon county.

Such cases of forcible mineral extraction by the Chinese government against the will of the Tibetan people is not new in Shigatse. On 5 June 2010, Tibetan residents of Sogchen village in Namling county strongly protested the exploitation of their region's rich mineral resources. The police and army used force to crush the peaceful protest of Tibetans, many were severely beaten up and around 30 detained. The whereabouts of the detainees still remain unknown."