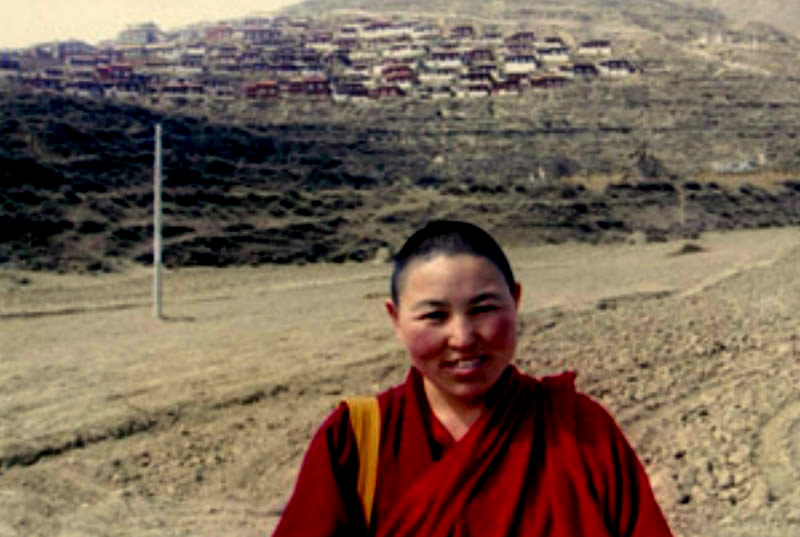 According to a confirmed information sent to the Tibetan Centre for Human Rights and Democracy (TCHRD), Jampa Tso staged her demonstration at a bridge leading to the market place in Derge County. Soon the police came to know about it and immediately arrested her.

After being arrested by Derge police, her family at Dangkho County was informed. When the family arrived at the Derge County Public Security Bureau Detention Centre they were denied a meeting. The family was told that Jampa Tso has committed a grave crime and they were intimidated from coming back.

Jampa Tso, 28, was born at Chuwa Village, Drangko County. During 2008 around hundred nuns from the Badak Nunnery protested against repressive rule of the Chinese government. The authorities threatened that if they find any more political activities from the nunnery, the government will close the nunnery. The TCHRD calls for immediate release of the nun as she simply express her opinion which is a fundamental human right.