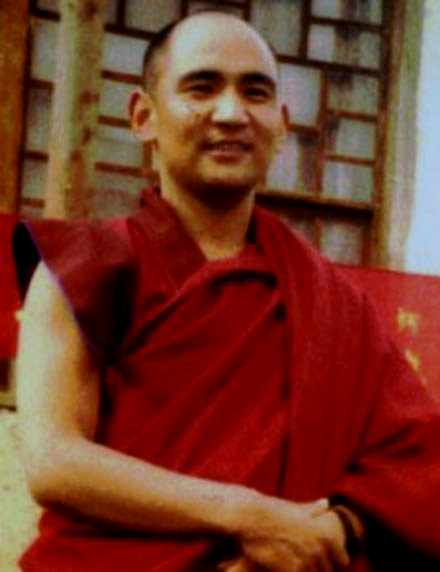 Dharamshala: - Tibetan monk and writer Sherab Gyatso, who has hitherto been assumed missing, has recently been told to be held incarcerated in Chengdu, province of Sichuan writes Indian-based public talk webpage khabdha.

Gyaltso disappeared around March 16, the day of young Kirti-monk Phintsok's self-immolation. He had been on his way to the Tsongon region of eastern Tibet (Ch: province of Qinghai) to publish his second book, but when he learned of the self-immolation and the subsequent protests and unrest, he decided to go to Ngaba county where the Kirti monastery is located. However, on his way to Ngaba, he disappeared and only recently has it become known to the public that he is in fact held prisoner in Chengdu.

Sherab Gyatso himself is native to Ngaba county and is an ordained monk from Kirti monastery. Deemed a skilful writer and debater, he has on several occasions been invited to address students at the Northwest University for Nationalities on issues related to Tibetan culture and the education of Tibetans. Gyatso is also a successful researcher and has travelled extensively around China, India and Nepal in that capacity. In 2009 he published his first book titled "Time to Wake up", a book that quickly became hugely popular all over Tibet.

In 1998 Gyatso was arrested for the first time, when around 40 monasteries - including Kirti monastery - were subjected to Chinese authorities' "re-education" programs. In a response to this, Gyaltso made and put up posters describing the exact laws of China that the Chinese authorities were themselves seen breaking, including freedom of religion, freedom of speech etc.. His actions then caused him 4 years of imprisonment when he was arrested for being the one responsible for the posters.

After serving his time and being released, Gyatso then went to study Buddhism in Lhasa, but, when the unrest of 2008 happened, he was found to be leading a group of Kirti monks protesting in the streets of Lhasa. He was promptly arrested again and had to endure more than a year of imprisonment before being released.

According to www.khabdha.org, some sources say that Sherab Gyatso has now been released from the Chengdu prison but is unable to return to Ngaba county on account of the Chinese authorities denying him the right to travel beyond the region of Chengdu.