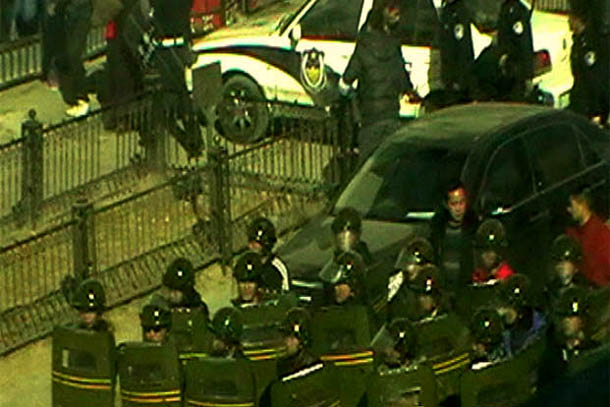 Dharamshala: - Chinese security officers arrested a young Kirti Monastery monk, Gatsetsang Lobsang Choephel, on 19 May 2011 for not complying with official diktats. After being taken away from the monastery, his whereabouts and well being are not known yet.

Since the fatal self-immolation of Phuntsok on 16 March and the protest that followed thereafter, Chinese authorities in Ngaba County as well as from prefecture and provincial levels have been tightening control in the area. Kirti Monastery and its monks have been direct target of the government and its agencies' measures to bring "order and stability" in the area. Officials have been conducting the so-called "patriotic re-education", now rephrased as "legal education", in the monastery. Monks defying official diktats demanding loyalty to the "motherland" are arrested for possessing a "polluted" or "brainwashed" mind. 27-year-old Lobsang is the latest to be arrested in this campaign. He is born to Gatse (father), a resident of Chukle Gabma pastoral division in Ngaba County.

Earlier two other monks, Lobsang Jinpa and Lobsang Dorjee, who were also taken away for showing "bad expression" to the officials, were released after few days detention. Although reports are emerging about frequent arrests in the monastery in the ongoing patriotic re-education session, it is however getting increasingly difficult to ascertain their current status due to official clampdown on information.

According to reports emerging out of the area, the authorities took profile pictures of all the monks in the monastery in early this month. Those who missed out are facing difficulties in not being allowed to reside in the monastery. In another unconfirmed report, around 24 monks out of the 300 who were taken away by troops on 21 April from Kirti Monastery have returned to their families. The monks are said to belong to Golok Chigdril County in Qinghai who were studying at Kirti Monastery. The whereabouts of the remaining monks is still unknown in what has become the biggest case of disappearance in Tibet in a single incident in recent times.

The Tibetan Centre for Human Rights and Democracy calls upon the government of People's Republic of China (PRC) to account for the disappeared and release those in detention. The Centre also appeals to the international community to maintain its pressure on the Chinese government until the security crackdown is lifted and normalcy returns to the area.