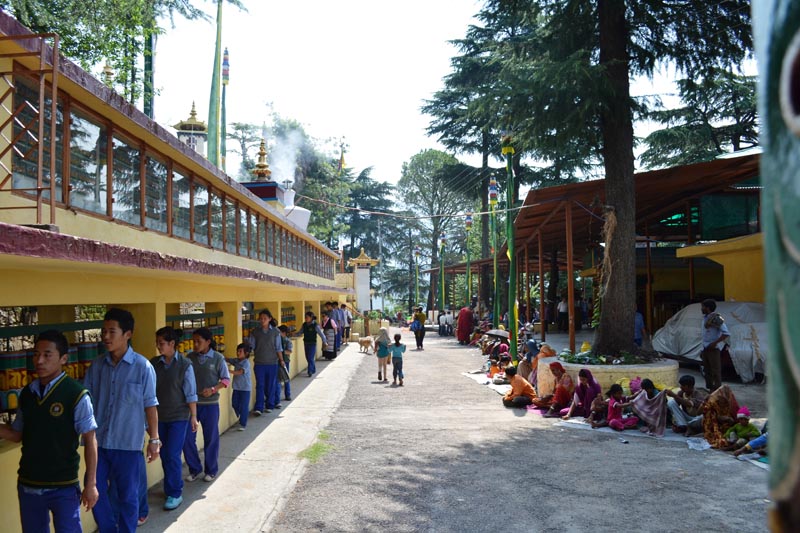 Dharamshala- Amid a blanket media ban in Tibet and among an enormous armed military presence in the city of Lhasa, the sacred Tibetan Saka Dawa ceremonies were prohibited by Chinese authorities on the holy celebrations that mark Buddha's enlightenment this month.

Despite pleas from the Tibetan community, the Chinese Government stopped and prohibited the usual practice of observing Nyung Ne (fasting) during the sacred month of Saka Dawa.

For fifteen days, beginning from the 1st of the fourth Tibetan month, monks, nuns and lay people fast to mark the holy period.

From the 30th of May, Tibetan Buddhists started flocking to the monastery. The entire area also filled with worshippers preparing for the festival and the prayer sessions. However, a group of Chinese work teams and the Drepung Monastery's police arrived, and they were ordered to immediately stop all preparations for the Nyung Ne.

All people attempting to celebrate were notified to return to their homes. The majority of worshippers, many of whom had travelled great distances to Lhasa, were elderly.

Fearing the risk of possible protests, the People's Armed Police and the Drepung Monastery police were stationed around the monastery.

In an attempt to win hearts and minds however, authorities simultaneously held free medical care units outside the Potala Palace, and at Jokhang Temple - a famous site that has witnessed previous Tibetan protests.

Two official meetings regarding religion and monastic practices have been over the past two weeks by the authorities of the so called Tibet Autonomous Region. However, no monks or nuns were present at the meetings.

The Tibetan Centre for Human Rights and Democracy released a statement today, highlighting:

"(TCHRD) is appalled at the level of intrusion into the religious life of the Tibetan people and the blatant disregard to Tibetan people's right to freedom of religion and expression, and calls on the Chinese government to immediately revert this outrageous procedure".