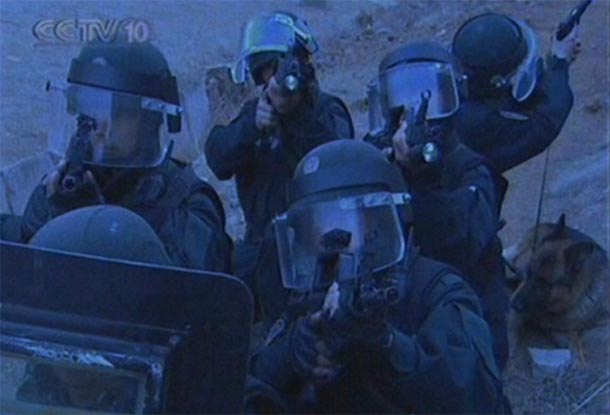 Dharamshala: - A former Tibetan political prisoner from Sogdzong county, eastern Tibet, Ven. Yeshe Tenzin who served a 10-year jail term, died recently due to a serious illness as a result of severe torture during his imprisonment. Some people say, they doubt he was poisoned in Chinese prison before his release.

"Yeshe Tenzin, a Buddhist monk from Sog Tsandhan Monastery in Sogdzong county, eastern Tibet was sentenced to 10-years in prison for his involvement of distributing pamphlets relating Tibet issues such as calling for ' Freedom in Tibet ' with few other friends in 2001.

He was released in December 2010 after serving a 10 year prison sentence, "he was also accused of attending His Holiness the Dalai Lama's Kalachakra teaching which was held in Sikkim," Mr. Ngawang Tharpa from Sogdzong, currently living in exile told The Tibet Post Int'l (TPI).

"His family and relatives took him to different hospitals for treatment in last 10 months but all in vain. . He passed away at his home on 7th September this year." said Tharpa.

"During this period he was tortured and beaten severely that it caused him serious physical illness. However, some people say, they are doubted that the Chinese officials are using a kind of poisoned medicines to Tibetan prisoners before their release for medical check-up or before completing their jail term," he added.

"Another political prisoner from Sogdzong, Tenzin Choewang who was also died of same illness, according to the Tibet sources. "Most of the prisoners of Sogdzong county who were released from Chinese prison after they had serious health problems."

In October 2009, three young Tibetan adults, Gyaltsen, Wanchuk and Namkha's were arrested by Chinese police in Sogdzong County, eastern Tibet and have not been heard from since. Police have refused the arrestees' families any contact with them.

An anonymous source from Tibet told TPI he suspects that police had been monitoring their internet activities and QQ (messenger service) accounts, through which they shared photographs of and speeches by His Holiness the Dalai Lama. The source also said the police had accused the three of being in communication with individuals outside of Tibet and China.