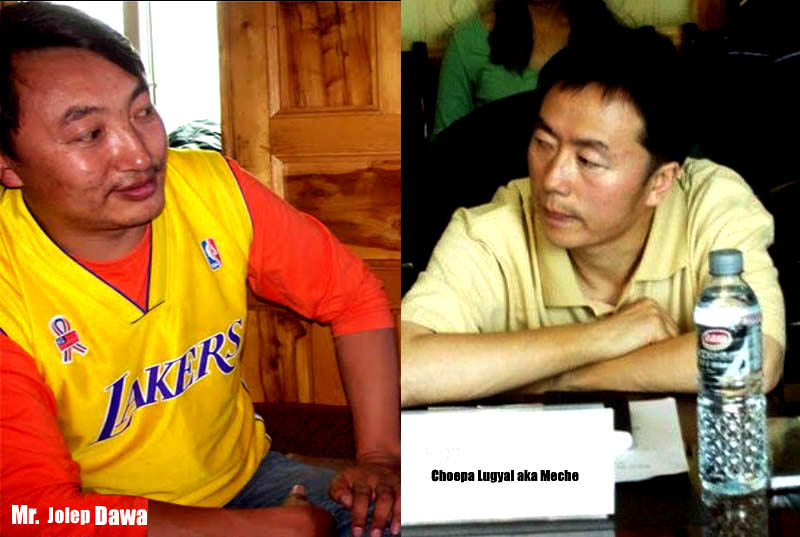 Dharamshala: - The Chinese clamp-down on the the Tibetan intellectual diaspora continues to gather momentum. Chinese authorities in Eastern Tibet (Ch: Sichuan province) have sentenced a Tibetan schoolteacher and writer to a three-year jail term on unknown charges, according to Tibetan sources.

Jolep Dawa, 39, was handed his sentence by a court in Barkham (in Chinese, Ma’erkang) county in Ngaba  (in Chinese, Aba) prefecture, said India-based monks Kanyag Tsering and Lobsang Yeshe, citing sources in Tibet.

“There was no clear reason for his arrest,” Tsering and Yeshe said. Karze and Ngaba county of Eastern Tibet  have been the focal points of a string of self immolations and protests by Tibetans campaigning against Chinese rule.

Dawa—editor of the Tibetan-language magazine Durab Kyi Nga (I, of this Century) and an organizer of Tibetan cultural conferences—was detained in the provincial capital Chengdu on Oct. 1 last year and had been held since that time, they said.

“Just a few days ago, Mr. Dawa was allowed to see his wife and children for a very short time. But they were not allowed to speak to each other,” added Yeshe from the India-based Kirti monastery.

Several years ago, Dawa was detained for one month because of his involvement in a mass campaign to end the use of animal fur on Tibetan clothing. On March 16, 2008, he was again detained for three months, said the Kirti monks.

“His wife managed a book and CD rental and retail store called Lhamo Lhatso Music Shop. They have two children. After he was detained last year, Chinese police raided his store and confiscated Dawa’s laptop computer and diary and some of his literary works,” they further added.

A prominent young Tibetan writer and political analyst Meche (The Flame) was arrested from his home by authorities on unspecified ground last week, according to a trusted source inside Tibet. Meche, who is known for his prolific writing and insightful political commentary, works for Kansu People Publishing House, according to Tibetan writer, Woeser's personal blog.

Choepa Lugyal Aka Meche was arrested from his hometown of Yatsi County, eastern Tibet on October 19 when he was home with his wife. The source, who requested anonymity, said authorities didn’t cite any reasons for the sudden arrest. They thoroughly searched and ransacked his house, confiscating his personal computer and a banned copy of the Tibetan literary book “Shar-dungri".

Last month, Another Tibetan writer was sentenced to four years in jail after helping edit a magazine that read critically of Chinese policy in the restive region. Tashi Rabten, an editor of  the banned magazine, 'Eastern Conch Mountain', was sentenced on June 2 by a court in Karze, eastern Tibet (Ch: Aba prefecture). Copies of the banned journal were among a number of unauthorised books and publications confiscated from students and burned by Chinese authorities.

A popular young Tibetan singer Choegon - also known as "Little Kunga" after a famous Tibetan singer - has been arrested by Chinese police. The arrest is suspected to have occurred on 25 September 2011.

Choegon, 19, a popular singer amongst Tibetans, was invited to a music concert in Tibet's capital, Lhasa. During the journey to Lhasa, Choegon is reported to have been arrested by Chinese police. Choegon, from Jomda county in East Tibet, is a famous figure in the Tibetan music scene. The reasons for his arrest remain unclear although it is thought that Chinese authorities may believe Choegon to be pushing a pro-Tibetan political agenda through his music.

Just yesterday, in an address to the prestigious Doon School, His Holiness the Dalai Lama commented, "We don't want a separate Tibet. We want meaningful autonomy only in order to preserve our culture, language and religion", in an allusion to the Chinese clampdown on Tibetan culture and religion.

The situation in Ngaba county remains highly tense. A large number of armed military personnel and police have been deployed in Ngaba town and the area surrounding the Kirti monastery. Many governments, including the US have urged China to allow both journalists and diplomats to observe the situation in conflict-ridden Eastern Tibet.