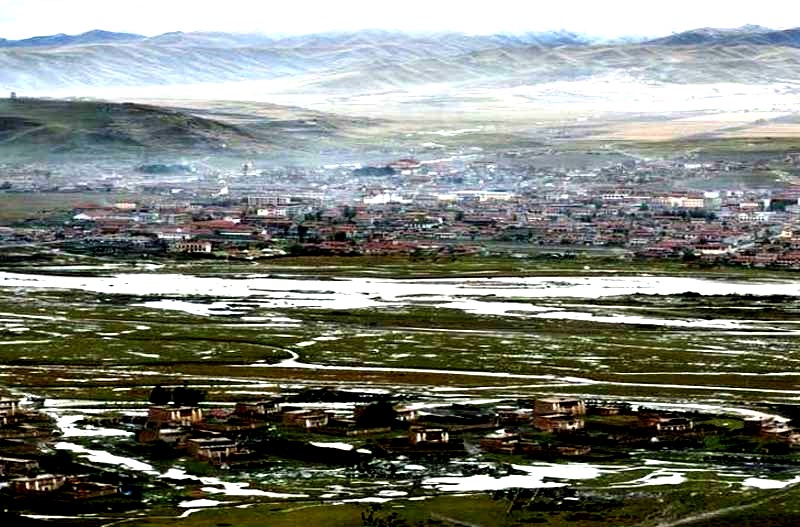 Dharamshala, India: Even as supporters across the globe held vigils on February 8 following the call for the same by Dr. Lobsang Sangay, the political leader of the Tibetan administration based in India to protest the crackdown inside Tibet, another Tibetan self-immolated as a mark of protest.

Ringzin Dorjee a 19-year-old former monk of Kirti Monastery, eastern Tibet shouted slogans in protest of the Chinese rule as he set fire onto himself at No. 2 primary school at Ngaba County in eastern Tibet.

The youngest of 6 siblings, he was a monk at Kirti Monastery till 2010.

Witness accounts state that his body was taken by the Chinese soldiers and police stationed there to the county hospital and then to Barkham (Capital of Ngaba Prefecture).

Sources also state that he was grievously injured and was on the verge of death on the night of February 8, but no further information about his condition has been made available yet.

Kirti Monastery in Ngaba County, Tibet has been politically charged ever since the self-immolation of a resident monk called Tapey in February 2009.

11 out of 21 self-immolators were either monks or former monks belonging to Kirti monastery.

Many parts of Tibet remain cut off from outside world with a prevailing situation of undeclared martial law making exchange of information close to impossible and highly risky.

13 out of 21 have succumbed to their injuries and the statuses of the other 8 are unknown.

Two Tibetans in exile have attempted self-immolation in India and Nepal.

Most of the incidents have taken place in eastern Tibet but these incidents are now spreading to other areas as well.

Reports suggest that this crackdown has intensified after leaflets calling for Tibetans to skip New Year celebrations this year to pay homage to the martyrs were circulated in Drango.

The declaration of the unnamed author of the leaflets of his intentions to self-immolate on Losar (Tibetan New Year) has created a lot of stir in the region.

Tibetan Prime Minister-in-exile, Dr. Lobsang Sangay called for a worldwide vigil to protest against the Chinese crackdown in Tibet.