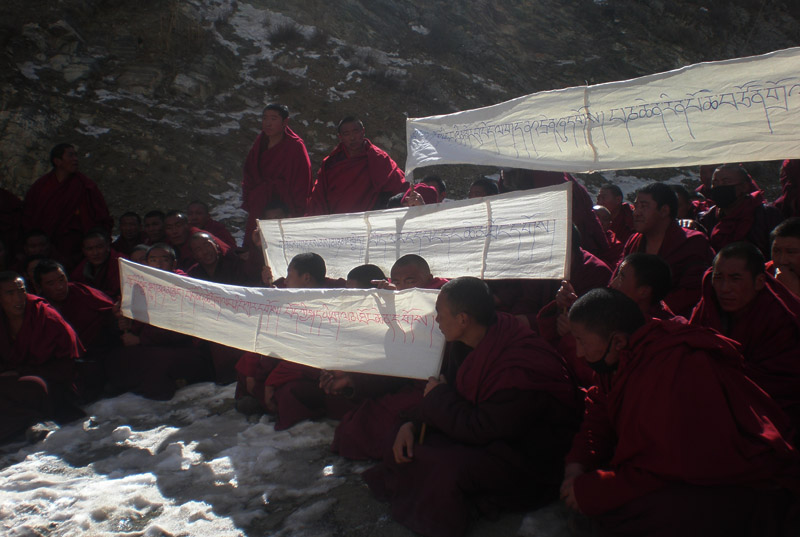 Dharamshala: A Tibetan businessman named Tamdin (??), 32, from Nangchen County was arrested in the Chengdu Shuangliu airport on Losar Febuary 22nd. He flew from Xining to Chengdu after participating in a mass protest/pray-in Nangchen County on Wednesday February 8th, 2012.

Tamdin's arrest was in connection to his participation in the protests. Tamdin is a prominent Yartsa Gompo salesman and is said to have a strong standing in Nangchen.

The source said "because no one was arrested on the day of the protest, the police are after many young Tibetans from Nangchen now." "Many Tibetans are being arrested trying to get to Chengdu" and the "Chengdu police are working with Xining police" to arrest Tibetans residing in both cities.