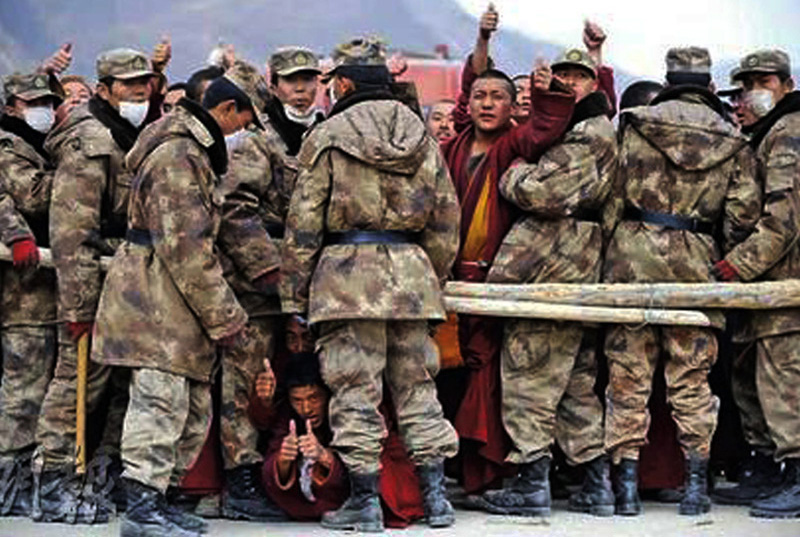 Dharamshala: Dekyi Choezom. a Tibetan woman from the Kyigudo area of Eastern Tibet on the 27th of June self-immolated as a protest against Chinese policies, the woman was approximately forty years old. Her demands were not made explicit. Many people who were there are at the time saw the woman self-immolate, according to sources from inside Tibet.

The woman is now in an emergency unit of a local hospital suffering from very bad burns all over her body. The Chinese police have so far refused her family and relatives the chance to visit her in hospital.

Some local Tibetan people explained that the woman burned herself because local Tibetans are very unsatisfied about the Chinese authorities actions (and non-actions) concerning the aftermath of the 2010 earthquake in the region. The huge earthquake killed many and destroyed a large number of homes.

The woman is the daughter of a local man called Petse, she moved to the area a couple of years ago and the self-immolation was in protest against the confiscation of her residence, the sources said.

In recent months, Tibetans have become more forceful in their protests against China’s repressive policies targeting Tibetans in their homeland-Tibet, with a dreadful series of at least 43 self-immolations by Tibetan protesters since 2009, and that 35 of them died.

"Life is precious, very precious. Given the choice, we all would want to live, with our family members, with our parents, with our siblings. But Tibetans inside Tibet have decided to give up their lives so that other Tibetans could have better lives," said Dr Lobsang Sangay during his recent visit to Australia.