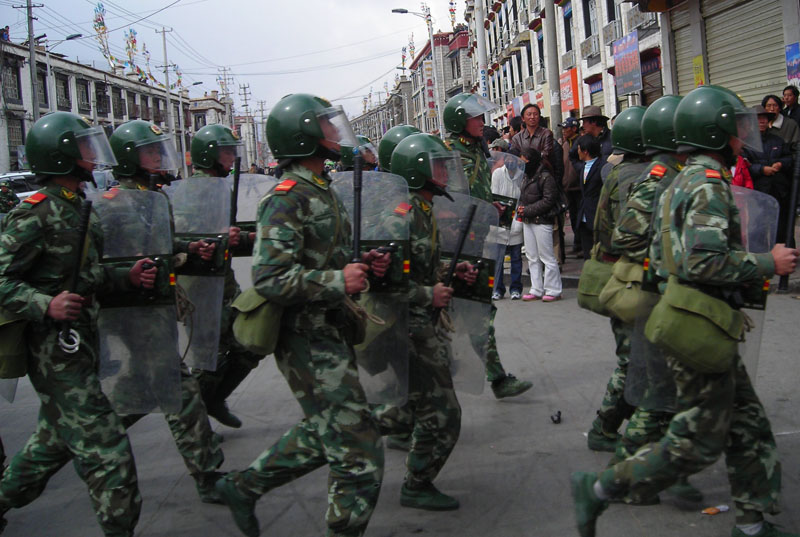 Dharamshala: On February 2, the Chinese authorities released four Tibetans from Lhasa's Drapchi Prison in central Tibet. They have reportedly been sent back to their respective homes in Driru county, eastern Tibet.

According to a monk from Sera monastery in south India, the four were arrested along with two other Tibetans in January and February 2012, in Kham region, on charges of threatening social stability. They were imprisoned in Drachi prison in the Tibetan capital Lhasa for almost a year.

Several months ago, locals from Drireucounty petitioned the Tibetan people's high court in Lhasa, saying that the six prisoners had not engaged in any criminal activity, and that their absence from Driru county had left a shortage of doctors and teachers.

Two of the detainees, Gonpon Lhuwang and Mari Pasang, were teachers at a private school. Ludhup has reportedly been released but Pasang, from Drongne village, remains in jail. He traveled to India in 1990 to study at Sera monastery and, on his return to Tibet, studied Tibetan language at Serta monastery.

Of the four other detainees, it is unclear which three have been released.

Doctor Ogyen Tenzin, from Yompa village, studied Buddhist religion and medicine from 1990 and has written several articles for books and magazines.

Tenzin Thabkhe, from Lanchu village, graduated from Lhasa medical college, went on to give private Tibetan-language lessons in Driru county and Lhasa, and has written six books on the basics of Tibetan language.

Dawa Dorjee, from Chaktse village, holds degrees from Lhasa university and a college in Shanxi province, and was the editor of Road magazine.