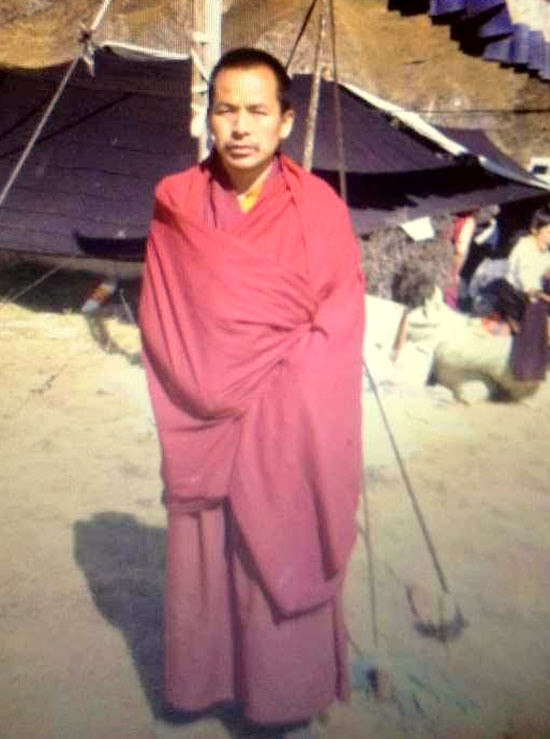 Dharamshala: — A Chinese court on Friday sentenced a senior Tibetan Buddhist monk to one year and three months in prison for his alleged involvement in the self-immolation protests against Chinese oppression in Tibet.

On March 1, 2013, (Afternoon) a local Chinese 'Intermediate People's Court' has sentenced the 42-year old Tibetan monk to one year and three months in prison. Sources told The Tibet Post International that the "Yarphel is a respected senior Tibetan Buddhist monk of Yershong Monastery in Rebkong county of eastern Tibet."

Dorjee Lhundup, a 25-year-old Tibetan, set himself on fire on November 4, 2012 in Rebkong, Amdho region of eastern Tibet. The Chinese security forces attempted to force their way towards the body in an effort to remove his remains from the site.

Lhundup died at the scene, and his body was protected by local Tibetans and monks, who cremated it and returned the ashes to his hometown. The local Tibetans at the scene reportedly have taken the young man's body to nearby Rongwo Monastery in Rebkong.

"Ven Yarphel was charged over accusation of taking part in carrying Lhundup's ashes from Rongpo Monastery to his home-town. He is originally from Dragkar village in Rebkong, Malho of eastern Tibet and his father name is Lhubum Gyal," the sources added.

This latest report came after three Tibetans from Dzamtsa Lotso village in Luchu, Amdho province, eastern Tibet sentenced to jail terms of up to 15 years for their alleged involvement in the massive wave of self-immolation protests against Chinese oppression. Their trial, as per usual, took place behind closed doors and in secrecy. According to our sources inside Tibet. 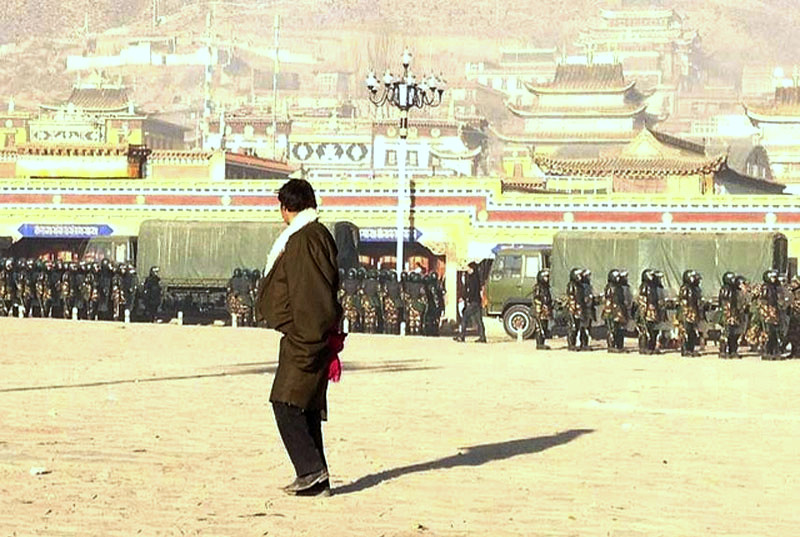 A number of recent photos coming from Tibet showing heavy armed Chinese military presence in Rebkong and sorrounding areas, according to sources, that has been increasingly deployed after and during Losar religious festivities.

Over 107 Tibetans- including monks, nuns, students and lay people - have set themselves on fire in Tibet since 2009 and most of them have reportedly died.

The most common call for the return of the spiritual leader His Holiness the Dalai Lama, the preservation of the Tibetan language, and an end to restrictions on freedom of religion. However, many also called for Tibetan independence.

In the severe crackdowns in Tibet, authorities in Beijing still believe use of heavy imprisonments is the only and best way to stop the massive wave of self-immolation protests that has records as the largest in human history.

"We remain concerned by the deteriorating human rights situation in Tibetan areas, including the numerous tragic self-immolations that have occurred and related reports of detentions and arrests," US State Department acting deputy spokesman Patrick Ventrell told reporters on Friday, during his daily press briefing.