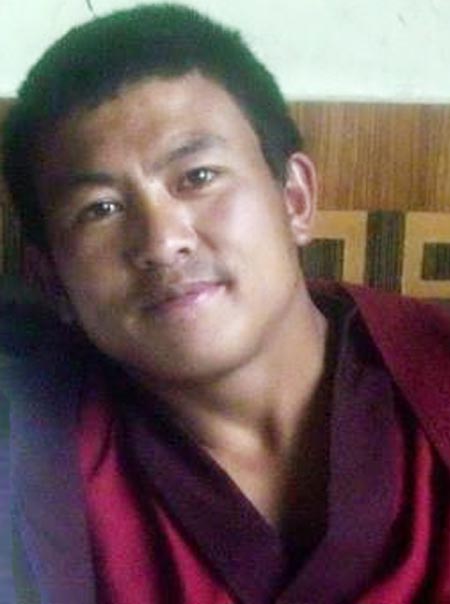 According to Kanyak Tsering, a monk from India based Kirti Monastery, Tsepak, 29-year old Tibetan monk, was detained on 9 March from his aunt's home near Kirti Monastery in Ngaba, Amdho region of eastern Tibet.

Tsepak's family members were shocked by his second time arrest as the police officials did not inform about his arrest. The arrest was made while he was looking after his sick aunt," Tsering told The Tibet Post International.

His current whereabouts, the charges against him, and his condition still remain unknown.

At the time of his arrest, Tsepak was in the third year of his master's degree in Buddhist philosophy studies (Sanskrit : Madhyamika).

Tsepak was detained in 2011 when he was a student at Beijing Nationalities University. The Chinese authorities held for some months without providing explanation to his family about his arrest.

Emerging reports from Tibet say Tsepak was arrested for allegedly providing information on the situation in Tibet to the outside world.