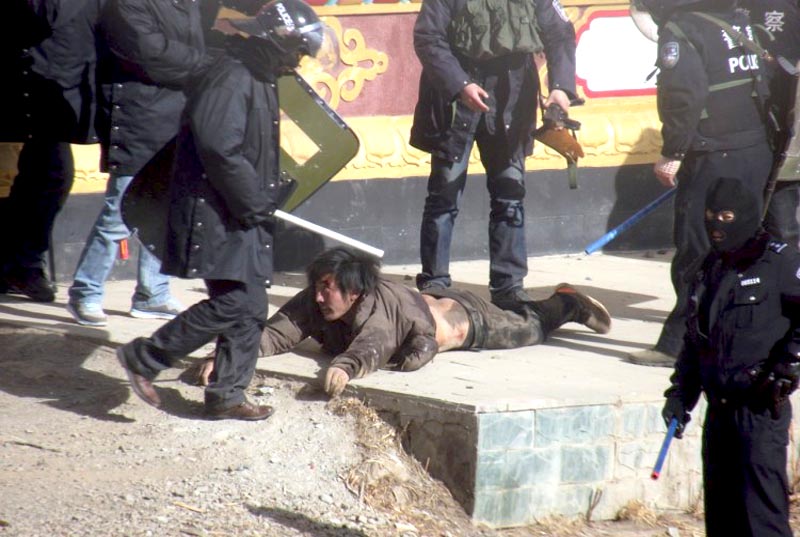 Dharamshala: - Sources coming out of Tibet say, a Tibetan man was severely beaten to death by Chinese police after he was arrested in Sershul county of Kham region, eastern Tibet. But the local Chinese authorities said the case was a suicide death.

According to sources, the man was reportedly severely beaten by the local Chinese police on June 17, 2013 and died just after the day.

"The incident occurred when the Chinese police from Arikdza village in Dzamed township in Sershul County (Chinese: Shiqu Xian) in Karze, eastern Tibet, detained the Tibetan man and found him dead on the next day after he has reportedly been beaten severely by the Chinese police," Jampa Yonten, a monk originally from Sershul, currently living at Sera Monastery in South India told The Tibet Post International.

Sources stated that "the Chinese authorities in the area have confirmed his death was caused by "suicide" but the local Tibetans believe that the Tibetan man who was severely beaten and jointly tortured by the Chinese police from Nagchu and Arik Dzayultso areas."

"The man was died Arik Dzayultso town, a place quite far from his home village Washul. The details including his name, parents and family are still unknown," Yonten added.

Sources said that "he was arrested over accusation of causing a conflict between groups of local people on the issue of collecting cordyceps fungus."

"After the incident, the authorities from Sershul county arrived at the Adza village in Zamed town and they were pretending to be inquiring the local police on the cause of his death, but the local police answered them and said his death was a suicide.," Yonten further stated.

"A new police station was recently stationed in Adza village, which angered the local Tibetans as there were several other similar incidents in the area."

However details of the reported incidents are not known, including the precise accusations, whether or not due legal process was carried out, as the local people already lost their trust in the authorities, due to very bad treatments they have received within past years.

Tibetans inside Tibet are openly or publicly forced to denounce their beloved spiritual leader, His Holiness the Dalai Lama, and his photographs are banned.

Arbitrary arrest, imprisonment and torture, including severe beaten are common occurrences daily in almost all parts of Tibet for just maintaining loyalty with their religion and culture identity.