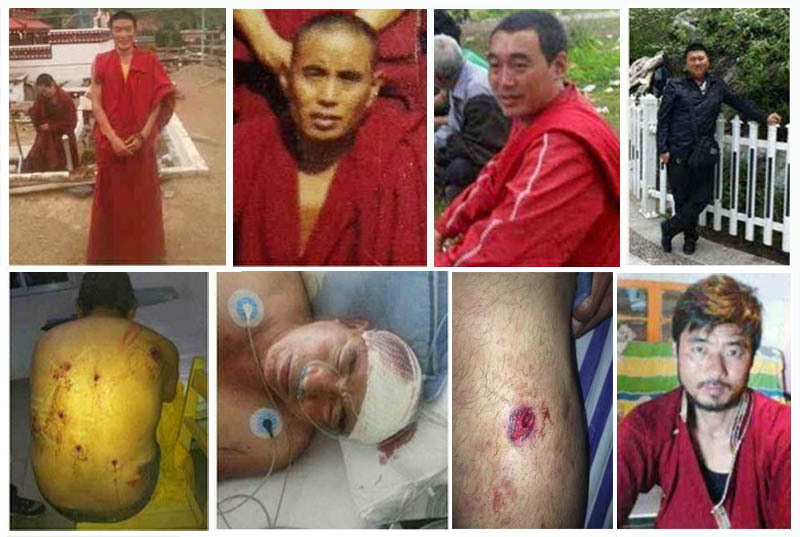 Dharamshala: Several Tibetans are known to be injured and several others in a critical condition after the Chinese armed police fired at a crowd of Tibetans gathered to celebrate the 78th birthday of His Holiness the Dalai Lama on 6 July in Tawu County in Kardze Tibetan Autonomous Prefecture, Sichuan Province.

Yama Sonam, a Tibetan monk informed Tibet Post that ten Tibetans have sustained serious injuries. Many others, both monastic and lay Tibetans have been injured after paramilitary forces from People’s Armed Police (PAP) lobbed teargas shells and beat them. The injured are mostly monks from Nyatso Monastery, nuns from Geden Choeling Nunnery and a considerable number of lay Tibetans in Tawu County.

Ven Tashi Sonam, a monk and teacher at Nyatso Monastery, who was hit in his head, is being treated along with others at a hospital in Dartsedo County. The condition of Aja Tashi, a layman, shot at with at least eight bullets is said to be serious. He was first taken to County hospital where doctors, failing to handle the case, referred him to a provincial hospital in Chengdu where he is now being treated.

Tsering Dhondup, a monk disciplinarian at Nyatso Monastery was injured along with fellow monks, Gyaltsen, Jangchub Dorjee and Lobsang Dorjee. Jangchub Dorjee is a brother of Palden Choetso, a nun from Dakar Choeling Nunnery who died of self-immolation protest on 3 November 2011 in Tawu. Laymen injured by gunshot wounds included Tashi Gyaltsen from Khoro nomadic camp, Nyandak from Dukya nomadic camp, Sangpo from Kyasor nomadic camp. Dolma, who hails from Dunkye nomadic camp. is the only injured nun identified so far. 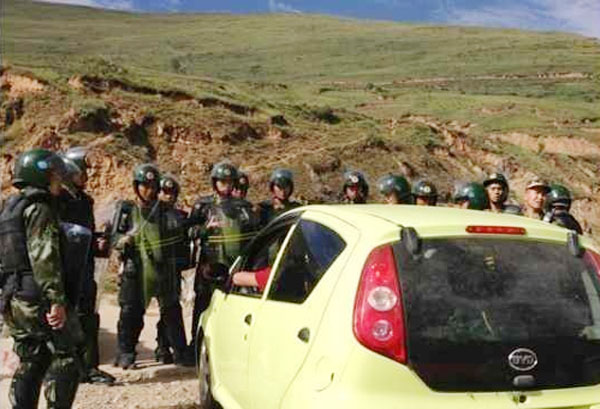 Sources coming from Tibet said armed police stoned the vehicle of Jangchup Dorjee as he attempted to drive up the hillside to reach the celebration venue. Armed police also used teargas shells to break up the crowd and beat the Tibetans. Sources say hundreds of Tibetans in Tawu attended the celebration although it is difficult to ascertain the exact number of those injured in armed police excesses.

Many Tibetans were detained the same day but were released after lay Tibetans and monks gathered at the courtyard of Nyatso Monastery and called for their immediate release. When armed police reached the courtyard full of local Tibetans at Nyatso Monastery, they expressed their apology and promised to bear responsibility if anyone died or sustained life-threatening injuries.

So far Nyatso Monastery has borne all costs associated with the treatment of injured Tibetans. The situation has eased a little after staff and monks at Nyatso Monastery mediated with the security forces, who no longer surround the monastery as they did since 6 July.  But local Tibetans continue to face restrictions on their movement and the situation is said to be tense.