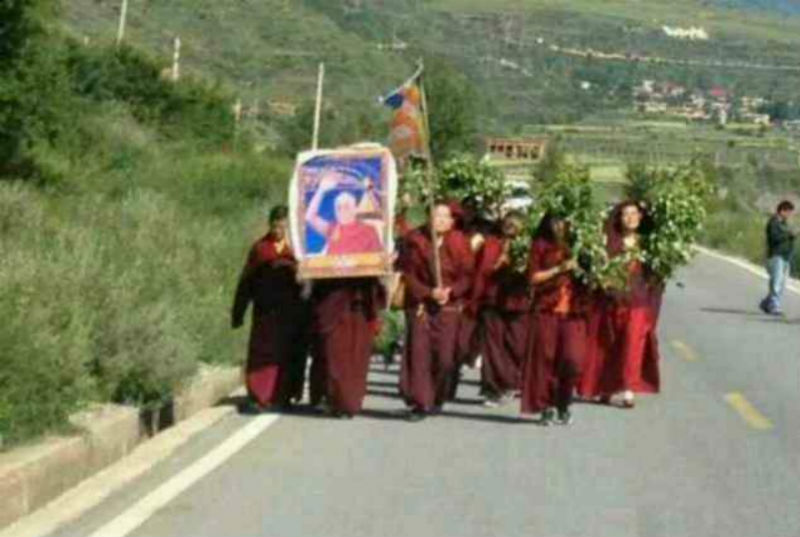 Dharamshala: - More Tibetans have been reportedly shot by the Chinese 'People's Armed Police' during the celebration of the 78th birthday of His Holiness the Dalai Lama on 6 July, in Tawu County of Kham region, Eastern Tibet (Chinese: Kardze Tibetan Autonomous Prefecture, Sichuan Province.)

15 Tibetans have now been seriously injured after being shot by Chinese police at the public spiritual event in Karze County of Kham region, eastern Tibet, said latest reports.

The monks of Nyatso Monastery, Tawu County in Karze Tibetan Autonomous Prefecture, Sichuan Province and local Tibetans last Saturday (July 6) gathered at the sacred mountain Machen Bhomra for the ceremony of celebrating His Holiness the Dalai Lama's 78th birthday, but this celebration was repressed by the People's Armed Police. The number of Tibetans injured by gunshots has now increased to 15.

Yama Tsering monk from the Gaden Monastery, South India told The Tibet Post International that his newest sources has confirmed that the total of 15 Tibetans have been injured- comprised monks from Nyatso Monastery, nuns from Geden Choeling Nunnery, and the local Tibetans from Tawa County. 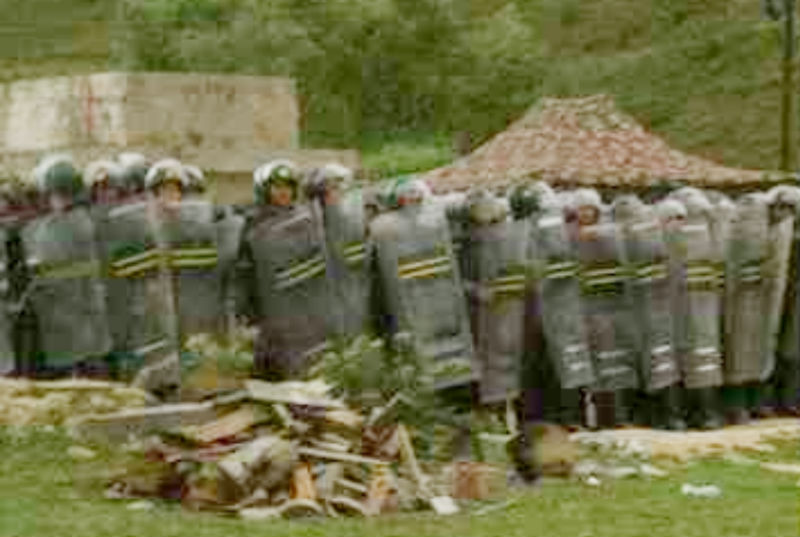 "The celebration of His Holiness's birthday at Tawu County was harshly repressed by gun shots from the People's Armed Police, but immediate information was not accessible as communications were shut down after the incident. On that day, seven people were known to be wounded in the gunshot, three on Tuesday, and five more confirmed on Thursday," he added.

"The injured was Tsewang Choephel, treasure of the Nyatso Monastery, Tsokley and Dechen from Geden Choeling Nunnery, Yama Gyaltsen and Chakley, a girl from the local Tibetans. Yama Gyaltsen was badly injured after being beaten by Chinese authorities, with four ribs broken, and Tsokley nun was also beaten after being severe beaten, with one arm broke. Most of the injured are being taken to the Dhartsedho hospital," he said.

Yama Tsering said that "there were two discipline heads in the Nyatso Monastery, but due to the closed communication channels, it was mistakenly reported that Tsering Dhondup was injured, but further reports clarified that it was Gyatso, one of the two discipline head of the monastery who was actually wounded by Chinese police gunshots."

"The Tibetans who participated in the celebration were not only shot by the authorities, 18 other Tibetans were also detained, but all were one by one released following strongly pleaded by the locals. However, some hardly sustained their severe injuries that they even could not stand nor walk and Lobsang Choedon,Wangchen, Yama Gyaltsen and Dorjee Gonpo are suffering the worst."

Norbu Tsering also said that there were more than 15 who suffered multiple gunshot wounds, but most were afraid that they would be detained by the authorities, if they were treated in the nearby hospitals. Most were treated by having their family members- buying medicine; some went to hospitals in different county, however the exact number of the wounded in the Chinese gunshot is still unconfirmed.