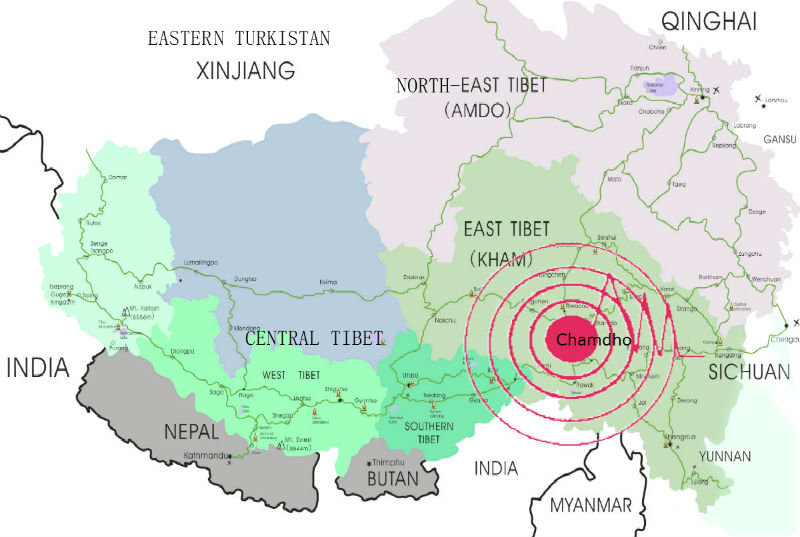 "Zogang County and Markam County in Qamdo Prefecture, some 1,000 km southeast of provincial capital Lhasa, were jolted by the quake at 5:23 am.

"We felt strong tremors in the county seat when the quake took place, and damage has been seen to houses and roads, but I have received no immediate report of casualties," Zhang Hongjun, head of the local unit of ruling Communist Party, told state-run Xinhua news agency.

However, Zhang is worried for the villagers in Ringo, a mountainous town with a population of 3,476, which is right on the epicentre, and is about 75 kms away from the county seat of Zogang.

"It will take us more time to figure out the situation there, as eight of the 12 villages in Ringo are not accessible by telecommunication or highway, so the rescuers have to go there on foot," he said.

The quake was also felt in the neighboring Tibetan Autonomous Prefecture of Deqen and Yunnan Province, and local government is investigating consequent damage.

Aftershocks have been occurring in the quake-hit area, with the strongest being 5.1 in magnitude, and another rescue team sent by the government of Qamdo Prefecture is on its way to the affected areas.

Just three weeks ago, a 6.6-magnitude quake jolted Minxian and Zhangxian counties in the northwestern province of Gansu, killing at least 95 people.

On April 14, 2010, residents of Yushu County in Kham region of eastern Tibet, located on the Tibetan plateau, were awoken by a magnitude 6.9 earthquake.

According to the Chinese state controlled Media Xinhua News Agency, 2,698 people have been confirmed dead, 270 missing, and 12,135 injured of which 1,434 are severely injured.