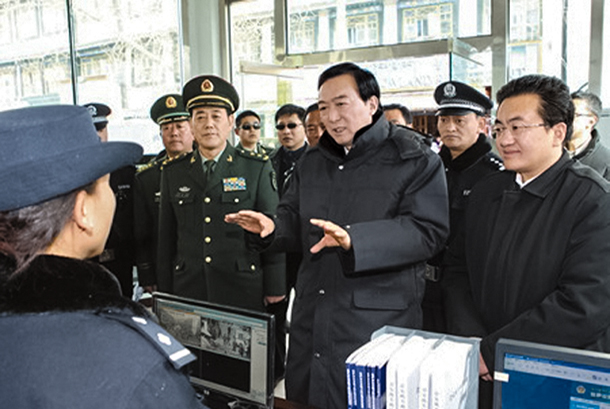 Dharamshala: - China has launched a new campaign in Tibet against the spiritual leader of Tibet His Holiness the Dalai Lama by tightening media controls to ensure his voice is not accessed by Tibetans on the internet, television or by any other means, a top official has announced.

The Central Tibetan Administration (CTA) has condemned the Chinese government's crackdown on rights of Tibetan people, including the freedoms of speech, assembly, and peaceful protest in the Himalaya region.

Dicki Chhoyang, the Minister for Information and International Relations of the CTA, says such counter-productive measures by the Chinese government to undermine the free flow of information in Tibet will only increase the resentment of Tibetans inside Tibet. It is feared such measures will give the Chinese authorities a free hand to intensify a crackdown on Tibetans.

"We are deeply concerned that such measures will give Chinese authorities free hand to intensify crackdown on Tibetans," said Kalon Dicki Chhoyang.

'In light of the recently concluded Universal Periodic Review of China's human rights record by the United Nation Human Rights Council and China's upcoming election to the seat of UNHRC, the Central Tibetan Administration deplores the China's recent hardline stance vis-à-vis His Holiness the Dalai Lama,' she said in a statement.

In an editorial published in China's Communist Party's journal Qiushi on 1 November, Chen Quanguo, the Party Secretary of the Tibet Autonomous Region (TAR) stated plans to reinforce information blackout about His Holiness the Dalai Lama in Tibet by censoring all means of communication in the region.

Writing in the ruling Communist Party's influential journal Qiushi, top party chief of TAR Chen further stated that the government would fight to ensure only its voice is heard and the Dalai Lama's is quashed.

In order to ensure that only the official voice is heard in the region, the government must "Strike hard against the reactionary propaganda of the splittists from entering Tibet," said Chen , the top party chief of TAR.

Officials would "make sure that the voice of the party is heard and seen everywhere in this vast 120 million-square-kilometre region", Chen claimed.

As China seeks to defend its human rights record, such statement clearly contradicts the spirit of the UN Human Rights Council for which China is seeking membership.

His Holiness the Dalai Lama has been a staunch supporter of the Middle-Way Approach, which seeks to resolve the long-standing problems in Tibet by remaining a part of China. This position is also shared by the Central Tibetan Administration based in India.

China has long tried to prevent Tibetans from accessing radio, TV, newspapers, and websites from outside the country and gathering any information about His Holiness Dalai Lama.

Reporters Without Borders (RSF) recently condemned China over the on-going crackdown on Tibetans' freedoms of expression, assembly and association and urged the regime to allow Tibetans to express their grievances freely.

"Instead of trying to turn Tibet into an information black hole, the Chinese authorities must put an immediate stop to these arbitrary arrests and release those detained without delay. We urge the international community to forcefully condemn their detention."

"There can be no justification for remaining silent in the face of these flagrant violations of freedom of information, not even the 'respect for sovereignty' that the Chinese government repeatedly cites in response to criticism of its repressive and discriminatory policies towards Tibetans," RSF added.