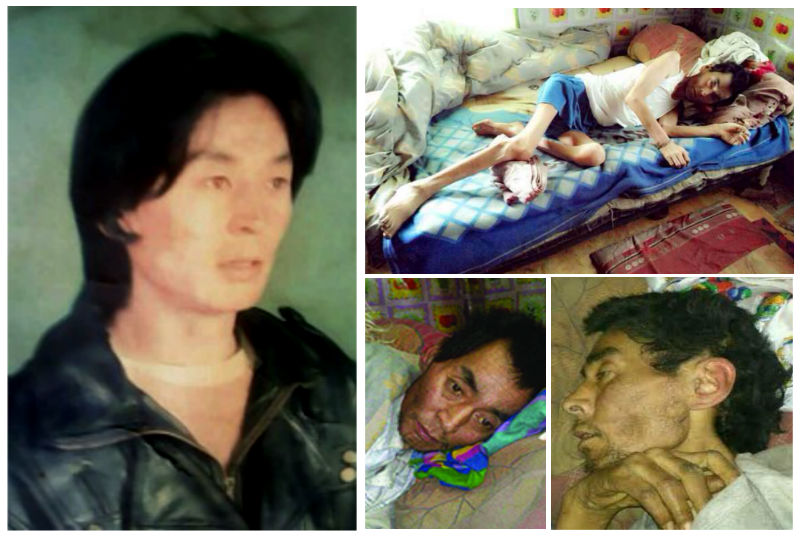 Dharamshala: - A Tibetan political prisoner released on 'medical parole' months before the completion of his sentence has died after succumbing to torture injuries he suffered at the hands of prison authorities.

"The Chinese police and prison authorities brutally tortured him in detention and in prison. He suffered death-threatening injuries as a result. He was given all kinds of pain-relief injections but that only exacerbated his condition. Since the authorities feared that he might die in prison, they decided to release him on medical parole, months before he was to complete his full sentence. He was released on 27 October 2013," said a source with contacts in Tibet.

On release from prison, Goshul Lobsang had lost so much weight that he had become a shadow of his former self. "He was literally reduced to skin and bones. He could not walk. He could not eat or drink. He could not even utter a single word," said the source. Four months later, on 19 March 2014, when Goshul Lobsang died, it hardly surprised his family and friends given his extreme health condition.

According to the Tibetan Centre for Human Rights and Democracy, Goshul Lobsang was charged with leading a protest in 2008 against the Chinese authorities at Bhelban Township. For almost two years he avoided arrest at the hands of Chinese security forces.

"He fled to the neighbouring areas of Bhelban Township, thus avoiding the Chinese police for two years, but finally he was arrested on 16 May 2010. For the next five to six months, he was detained by the police in Machu County where he was brutally beaten and tortured," said the source.

In December 2010, he was sentenced to 12 years in prison and imprisoned in Lanzhou, capital of Gansu Province. While in prison, his health deteriorated due to lack of medical care and starvation diet.

Goshul Lobsang was born in Bhelban Township in Machu County in the Tibetan province of Amdo. In 1993, he visited India and studied at the Tibetan Transit School for refugees near Dharamsala in northern India. He is survived by his wife Tarey, 40, son Yeshi, 18 and daughter Dolma, 15.